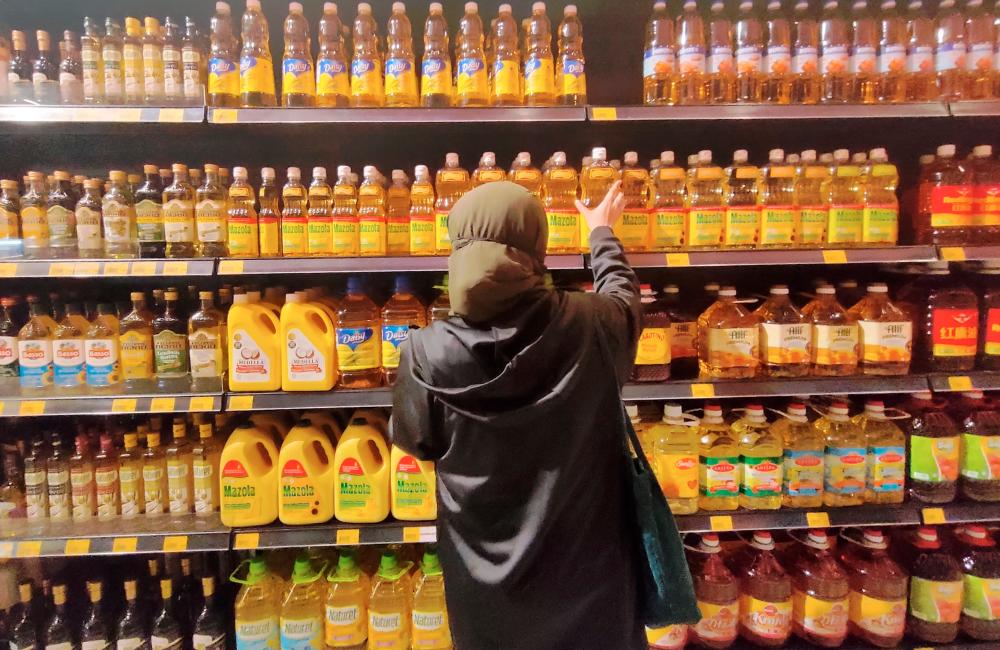 ALOR GAJAH: The government is carrying out negotiations with palm oil industry players to devise the best formula to expedite a reduction in supply prices.

“We are in negotiations with the industry to determine a formula that could lower (the price of palm cooking oil) a little faster but it has to be reasonable as they also want to ensure that the operating costs will not affect them as well.

“The industry has actually agreed to help the government by taking into account the burden faced by the people to ensure that the price (of cooking palm oil) also goes down like the (price) in the world market,“ he said.

Azman said that after the world palm price dropped recently, there are industry players who have taken the initiative to slash the price of non-subsidised bottled palm cooking oil to be sold in the market.

“Some of the unsubsidised bottled palm cooking oil has dropped to RM29. There may be new brands (produced by industry players). So in this case, it makes it easier for the people to make a choice,“ he said.

In the meantime, Azman said the government will continue the Keluarga Malaysia Sales Programme (PJKM) nationwide until the end of this year to help the people get cheaper food prices.

“So in some places we also introduce PJKM where we offer more discounts so that they are cheap,“ he said.

In Alor Gajah, the purchase of petrol and diesel fuel under 20 litres using barrels is now allowed in Malacca, said Ngwe Hee Sem.

He said it was due to the office of the Ministry of Domestic Trade and Consumer Affairs (KPDNHEP) in Malacca receiving many complaints, especially among smallholders who needed the fuel for daily use.

“Any party who buys with a quantity of fewer than 20 litres including emergency cases is allowed and does not require a special permit.

“As a proactive measure, KPDNHEP Malacca took the initiative to hold an engagement session with all petrol station operators in Malacca and issued a ‘standing order’ related to the ministry’s stance on the issue of purchasing petrol or diesel fuel of fewer than 20 litres,“ he said. - Bernama