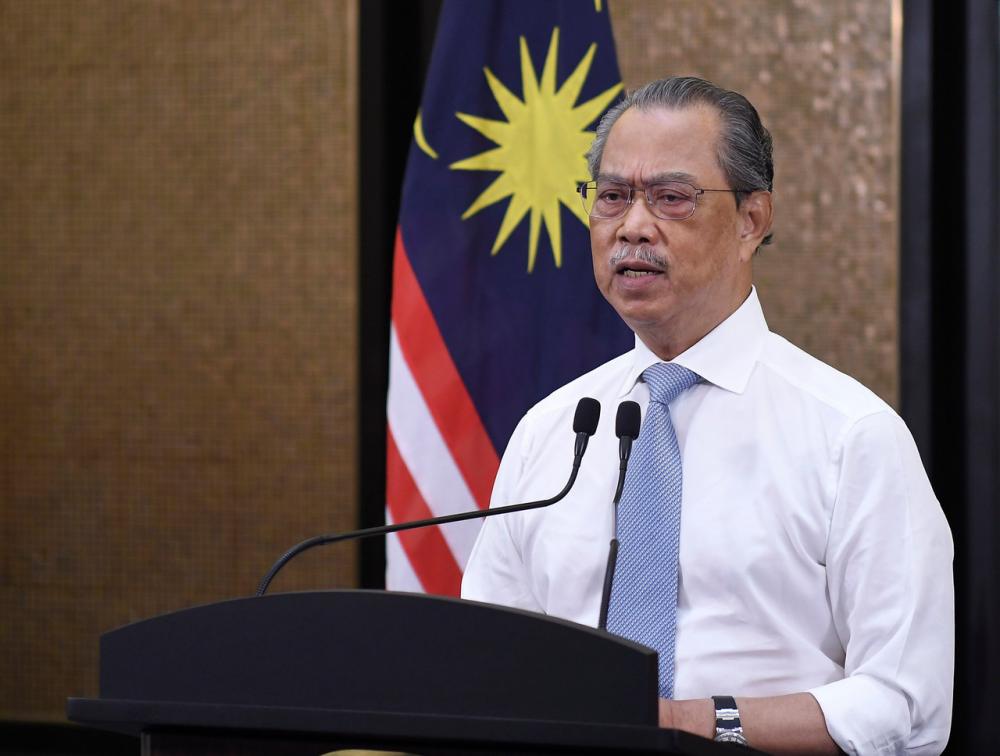 According to him, the three focuses are Continuing the People’s Welfare Agenda, Supporting Businesses and Increasing Vaccinations.

“Since the Covid-19 pandemic hit our country, the government has implemented seven assistance programmes and stimulus packages with a total value of RM380 billion.

“So far, more than RM200 billion has been channelled and benefited more than 20 million people and 2.4 million businesses. Budget 2021 is worth RM322.5 billion and there is still RM100 billion to be spent until the end of this year,” he said during the announcement of the PEMULIH package which was broadcast live on television today.

During the recent Pemerkasa Plus announcement, the government agreed to provide additional BPR payment of up to RM500 in July and the payment will be made in stages starting tomorrow, June 29.

Meanwhile, the third phase of BPR with aid of RM100 to RM1,400 will be paid in September.

In total, the BPR value until the end of the year was RM4.9 billion.

To focus on supporting business, the government will channel several forms of assistance to ensure business continuity in these two phases.

“The implementation of the Prihatin Special Grant or GKP has successfully supported business survival among small traders, especially those who are still not allowed to operate.

“Overall, the government has allocated a total of RM5.1 billion through the GKP initiative. Recently, under Pemerkasa Plus, eligible recipients had already received their GKP 3.0 payment of RM1,000 about two weeks ago and will receive a further RM500 in mid-July,” he said.

The government also understands the difficulties faced by micro, small and medium entrepreneurs at present and announces the provision of additional payments under GKP 4.0 to eligible recipients of RM500 to be paid in September and another RM500 in November 2021.

“The government hopes that with this GKP 4.0 payment, about one million micro, small and medium entrepreneurs, such as barber shop operators, workshop owners, bakery and cake shops, healthcare centres, etc can reduce their monthly liabilities and help their cash flow.

“What is important, for micro-entrepreneurs who have not yet received this assistance, registration will open in mid-July,“ he said.

Meanwhile, to ensure that the people receive assistance in the coming months until the end of 2021, he also announced the provision of Special Covid-19 Assistance or BKC with the following rates and categories:

Hardcore poor households will receive assistance of RM500 in August, RM500 in November and RM300 in December.

Single individuals in the hardcore poor category will receive assistance of RM200 in August and RM300 in November.

M40 households will enjoy assistance of RM250, while M40 singles will receive RM100 in August.

“Overall, this BKC grant is expected to benefit more than 11 million households, senior citizens and singles with an allocation of RM4.6 billion,“ he said.

And given the positive response received regarding the Wage Subsidy Programme or PSU, the government has also agreed to implement PSU 4.0 with an allocation of RM3.8 billion which is expected to benefit more than 2.5 million workers.

The final focus during Pemulih is to speed up the vaccination programme.

The Prime Minister said the government would further accelerate the National Covid-19 Immunisation Programme or PICK by increasing the allocation of RM400 million to increase the country’s vaccine supply.

This means that the total supply of vaccines ordered by the government is enough to cover 130 per cent of the population compared to 120 per cent previously.

Yesterday Muhyiddin said the first phase of movement control under the National Recovery Plan (NRP) which is scheduled to end today will not be ended, but may continue until mid-July.

The first phase was extended because the number of Covid-19 cases in the country had not reached the threshold value of below 4,000 cases as set before it could move on to the next phase, he said.

On June 15, Muhyiddin announced the NRP which includes four phases that will shift in stages.

According to him, each phase is based on data based on three main threshold indicators to move from one phase to the next.