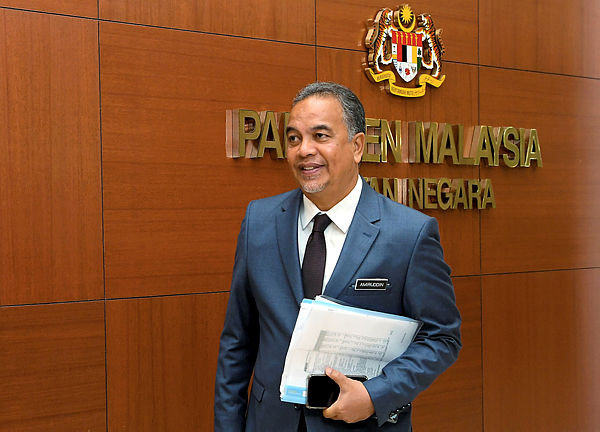 KUALA LUMPUR: The government is optimistic over Malaysia’s economic growth despite the producer price index (PPI) shrinking by -1.8% year-on-year in June 2019.

Deputy Finance Minister Datuk Amiruddin Hamzah said the PPI for the last three consecutive months was much higher than what the market had forecast.

“The data show that we are moving in the right direction and can manage to bring down the numbers for unemployment, while our inflation rate is moderate.

“The country’s gross domestic product in the first quarter 2019 advanced by 4.5%, which is a good percentage,” he told reporters after the Lee, Hishamuddin Allen & Gledhill (LHAG) Tax, SST and Customs Seminar 2019, here today.

Meanwhile, MIDF Research in a statement yesterday said it foresees the PPI growing further into deflation this year at -1.5% from -1.1% in 2018.

The research firm said this was mainly due to domestic oil prices which are expected to be on the low side even with the removal of the RON95 price cap, in line with declining global crude oil prices.

Earlier, Amiruddin in his closing remarks said the government was looking at increasing sources of revenue.

“It doesn’t always mean introducing new taxes or increasing the tax rate. There is always another alternative, especially when the amount of leakages and non-compliance are high,” he added.

He said in the 2019 Budget, the government announced the Voluntary Disclosure Programme to allow taxpayers to voluntarily declare their income, including offshore income.

“Up to June 2019, about 480,000 voluntary disclosures had been received by the Inland Revenue Board of Malaysia.

“In terms of amount collected, we will announce it towards the end of the year,” he added. — Bernama

2.In escalation over submarine deal, France recalls envoys from US and Australia

4.US panel recommends Covid boosters for people 65 and older