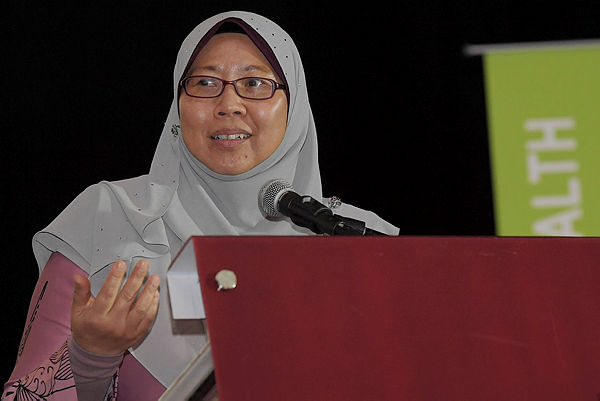 KUALA LUMPUR: The government plans to set up a National Tahfiz Council early next year in an effort to coordinate private tahfiz schools, according to Deputy Minister in the Prime Minister’s Department Fuziah Salleh (pix).

She said with the establishment of the council the government would be able to raise the standards of the tahfiz institutions by focusing on five main thrusts.

“The five thrusts are strengthening regulations and enforcement, introducing an institutional model that is recognised, strengthening tahfiz education curriculum to be in line with mainstream education, strengthening governance of tahfiz institutions and establishing an accreditation and certification system,“ she said during question-and-answer session in the Dewan Rakyat today.

She said this in reply to a question from Datuk Seri Ismail Sabri Yaakob (BN-Bera), who wanted to know whether the government would continue to develop the tahfiz education policy to improve the performance of the schools.

In addition, Fuziah said the government would also amend the laws to extend the power of the council to regulate Islamic religious schools.

She said the government through the Department of Islamic Development Malaysia (Jakim) would also create a new system to help identify tahfiz schools as religious schools.

To ensure safety at the tahfiz institutions, Fuziah said Jakim in collaboration with the National Institute for Occupational Safety and Health (NIOSH) had conducted safety and health courses at the tahfiz schools giving emphasis on safety aspects.

As at June this year, 815 private tahfiz centres, involving 47,474 students and 5,426 teaching staff, have registered with the state governments.

Fuziah also reminded tahfiz school operators nationwide to register their schools, as the RM50 million allocation under Budget 2019 would only be extended to schools which have registered with the state governments. — Bernama StoreHub raises RM60.7m in pre-Series B fundraising round Cameron Diaz talks about her return to acting

StoreHub raises RM60.7m in pre-Series B fundraising round

3.Cameron Diaz talks about her return to acting

5.StoreHub raises RM60.7m in pre-Series B fundraising round