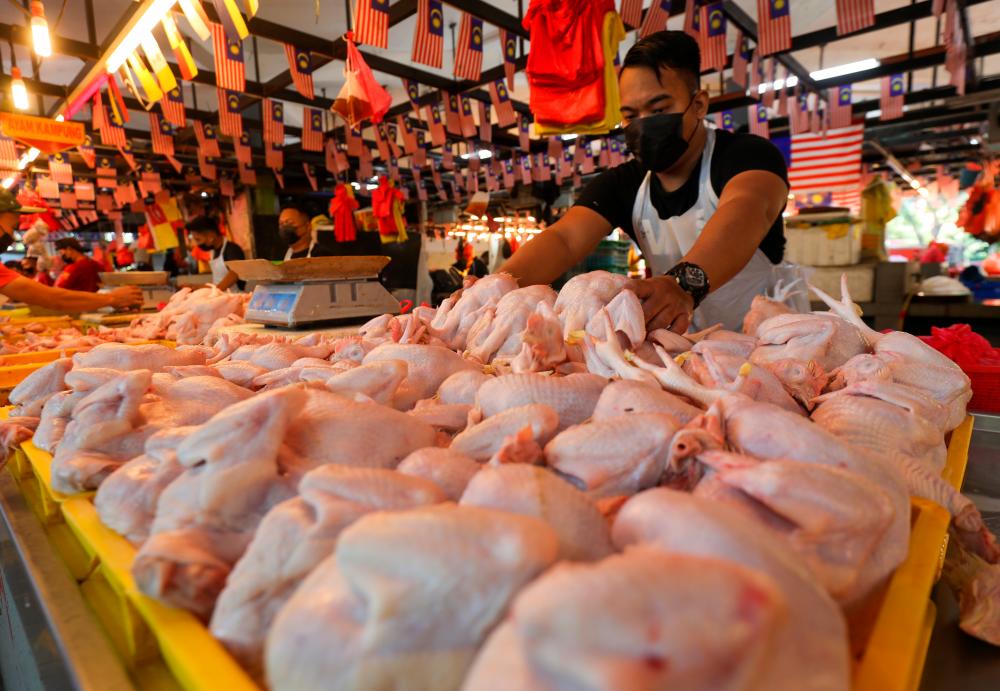 PUTRAJAYA: The government’s intervention to set the maximum retail price for standard chicken at RM8.90 effective this Saturday until June 5 can ensure stability in the prices of chicken and related food, Domestic Trade and Consumer Affairs Minister Datuk Seri Alexander Nanta Linggi said.

He said if the government did not do so, the retail price of chicken at this time would exceed RM10 per kg following the increase in the cost of poultry farming by 70 per cent.

“In the National Action Council on Cost of Living (NACCOL) special meeting on the food production industry on Jan 31, the meeting was briefed on the chicken and egg production industry which has received the impact of the sharp increase in feed input costs (corn and soybean).

“Following the increase in production costs, the industry has submitted to the government to increase the ceiling price,” he said in a statement here, today.

Prime Minister Datuk Seri Ismail Sabri Yaakob on Monday announced that the maximum retail price for standard chicken was reduced by 20 per cent to RM8.90 from the fixed ceiling price of RM9.10 after chairing the NACCOL meeting.

Nanta said the retail ceiling price of chicken for Labuan, Sabah and Sarawak would be determined based on location.

He added that this was the third time the price of chicken was reduced after it was fixed at RM9.50 per kg during the Deepavali celebration; RM9.30 during the Malaysian Family Maximum Price Scheme (SHMKM) (Dec 7 to 31, 2021); and RM9.10 during the SHMKM (Feb 1 to 4).

“The new retail price of chicken is covered through government subsidy until chicken production costs become stable,” he said.

Nanta said the ministry always supported the government’s proactive measure to ensure that the National Food Security Policy was always guaranteed in terms of supply as well as to avoid price hikes that burdened the people.

The outcome of the Implementation Task Force Meeting on the long-term action plan which will be chaired by the Agriculture and Food Industries Ministry soon would be reported in the next NACCOL meeting, he said.