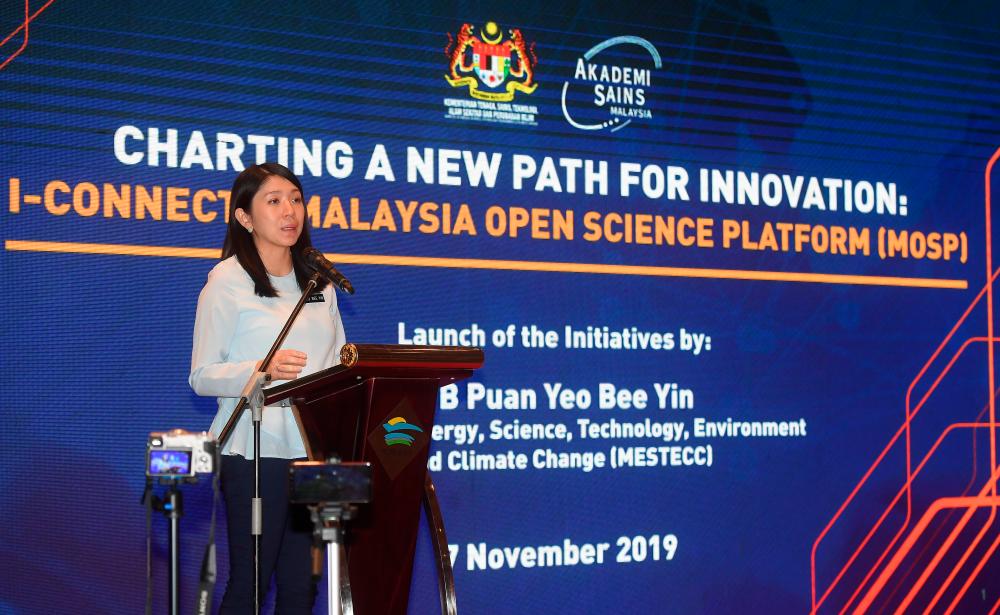 PUTRAJAYA: The government will be setting up a fund to help innovative start up companies, according to Energy, Science, Technology, Environment and Climate Change Minister Yeo Bee Yin.

She said the ministry would invest RM50 million and venture capitalists another RM50 million in the Fund of Funds.

“It will be handled by venture capitalists who have international experience as they will be able to properly advise local start-ups on how to meet the needs of the international market,” she told reporters after launching the I-Connect and the Malaysia Open Science Platform Initiatives (MSOP).

“Such funds had been handled by the government but the success rate was too low. The government is more of bureaucratic with lots of rules and this may hinder the development of start-up. But venture capitalists have the knowhow and knowledge (to better manage such enterprises),” she said.

She said the profits gained by the government when it eventually pulls out of the investment will be used to help other start-ups.

She said it is hoped that in the long term the fund becomes self sustaining.

On I-Connect, she said the initiative will initially focus on four areas - health and wellness, fintech in Islamic finance, Industry 4.0 (manufacturing) and halal supply chain.

“The ministry will be providing RM16 million grant for research and development for innovation to help scale up start-ups as part of the Shared Prosperity Vision.

“It is hoped that these creative forces can close the chasm between R&D and business in order to penetrate new and emerging markets globally,” she said.