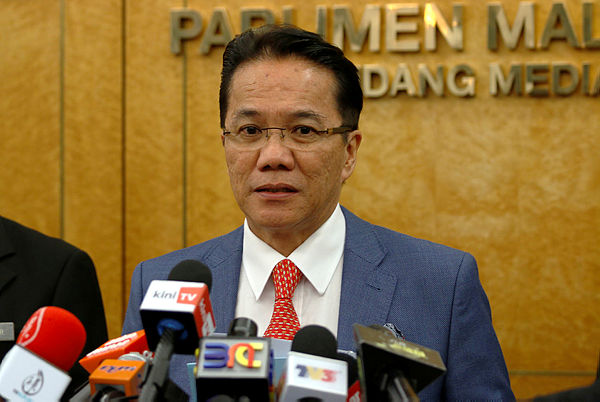 He said the Election Commission (EC) is in the midst of going through the list but needs time to do so as the commission is compiling a list with huge numbers.

“We are dealing with a list comprising four million Malaysians who have yet to register, so we need time,” he said during question time at the Dewan Rakyat here today.

He was responding to Datuk Seri Ahmad Maslan (BN-Pontian), who asked if automatic voter registration could be hastened from its initial two-year target.

Ahmad then asked Liew about Pakatan Harapan (PH) ministers who had allegedly given away SIM cards and RM1,000 cash aid for fishermen as well as food and drinks for voters during Tanjung Piai by-election campaigning period.

Liew said such things had also happened during Barisan Nasional (BN) rule, adding that the issue has been raised by both BN and PH.

He added police reports have been made and the EC will probe the matter.

Liew also added that several reforms have been carried out by the EC since the last general election.

“Several measures had been implemented since the May 9 polls. These include shuttle bus services for voters, live telecasts of the voting process, an extension of voting time until 5.30pm, and the use of online registration,” he said.