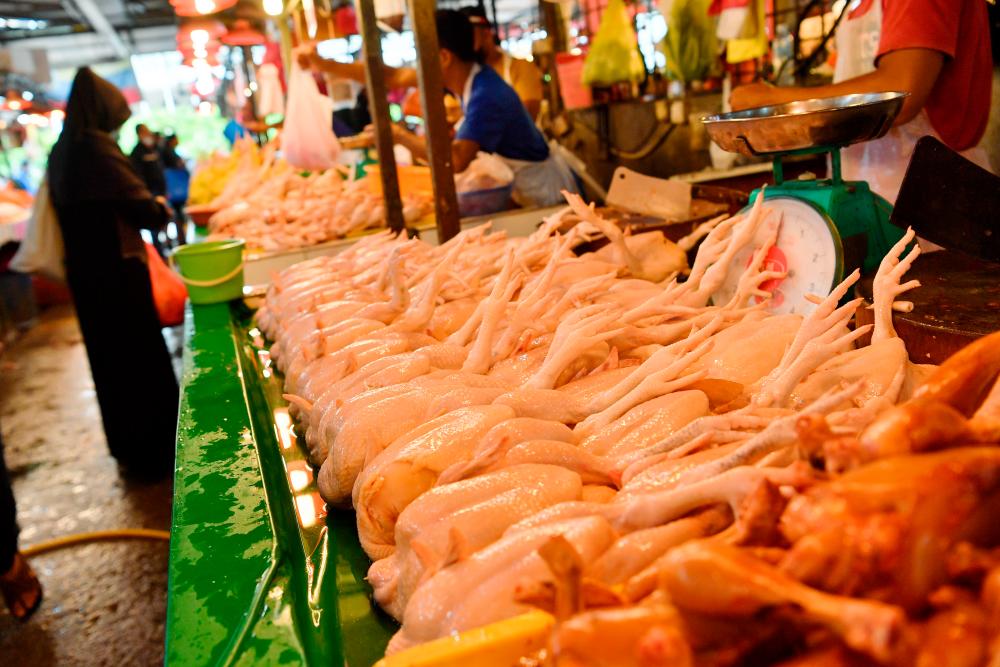 He expects an announcement on the matter to be made some time this month.

“The ministry has solved whatever public complaints and grievances related to the issue of shortage of chicken and eggs and currently these supplies are in excess.

“The matter has been examined at the ministry level after receiving an application from breeders,“ he told reporters in Merlimau here today.

Elaborating, Ahmad said currently the self-sufficiency level (SSL) for chicken is 104 per cent while the SSL for eggs is 115 per cent and exceeds domestic demand.

He said previously the government only allowed a total of 3.6 million chickens to be exported before banning exports from June 1.

Prior to this, the media had reported that the Special Task Force on Jihad Against Inflation would look into setting a ceiling price for chicken and carry out a study to allow chicken exports again. - Bernama