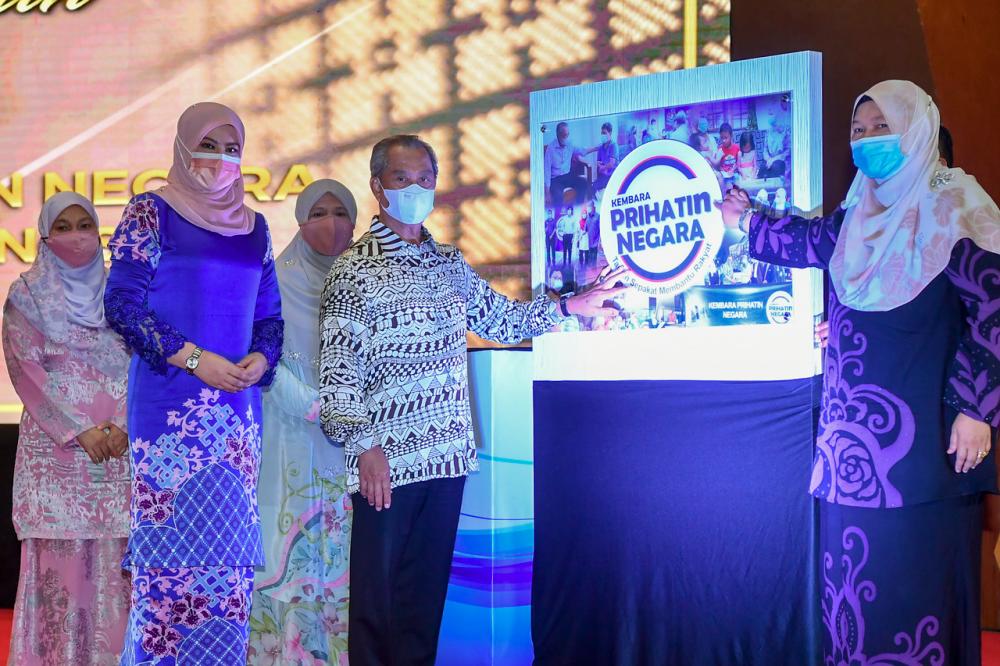 PUTRAJAYA: Prime Minister Tan Sri Muhyiddin Yassin (pix, centre)said the roles of the Social Welfare Department (JKM) as well as its employees would continue to be empowered through the implementation of several initiatives to ensure the delivery of efficient and people friendly welfare assistance services.

Among the initiatives included the restructuring of JKM which cover efforts to enhance the delivery of aid, streamlining of posts as well as improving the distribution of duties apart from granting special allowances to JKM staff who serve at risk areas such as senior citizen and people with disabilities (OKU) institutions, he said.

Other initiatives included formulating the Social Work Profession Bill to ensure the welfare of social workers is protected including Community Welfare Officers so that they are recognised according to their respective expertise.

Speaking at the Appreciation Night and 75th anniversary of the Social Welfare Department here tonight, Muhyiddin said JKM was among the core pillars which forged the direction of social development in the country.

“JKM staff have shown dedicated commitment in taking on their responsibilities to look after all sections of community,” he said.

Muhyiddin said when the nation was facing the Covid-19 pandemic, JKM played an important role especially in ensuring the success of humanitarian and social welfare missions to help in the government’s efforts to curb the infection despite facing various constraints.

This included the distribution of food baskets during the implementation of Movement Control Order (MCO) apart from JKM being involved in managing the various aspects of welfare at Covid-19 quarantine centres throughout the country.

As an additional initiative to assist and assured the people affected by Covid-19, the Ministry of Women, Family and Community Development (KPWKM) was also actively carrying out the Malaysia Prihatin Programme since November last year.

Through the programme, he said various forms of assistance were rendered including daily necessities and social support for the grassroots to lighten the burden of the people.

He said the assistance channeled through the Prihatin events is the result of the support and contributions of the corporate sector, non-governmental organisations and local community.

RFID: Plus needs to find solution to congestion at toll plazas

1.RFID: Plus needs to find solution to congestion at toll plazas