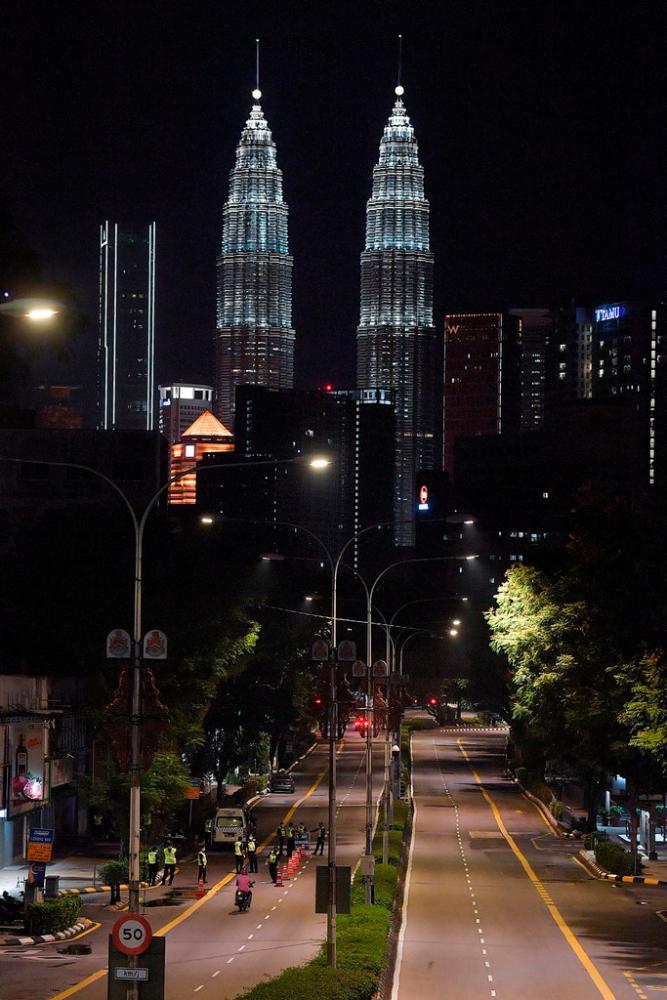 Pix for representational purpose only. -Bernama

KUALA LUMPUR: The implementation of the National People’s Well-Being and Economic Recovery Package (Pemulih)) is expected to have an impact on the government’s fiscal situation and a new fiscal deficit target will be made when the effects of the current Movement Control Order (MCO) on the Gross Domestic Product (GDP) are announced in August.

“The government has announced various assistance and stimulus packages, the latest being Pemulih.

“Last year, we targeted a fiscal deficit of 5.4 per cent of GDP; but this year, with the launch of assistance packages such as the Malaysian Economic and Rakyat’s Protection Assistance Package (Permai) and Strategic Programme to Empower The People and Economy (Pemerkasa), we have raised the fiscal deficit forecast for 2021 to six per cent.

“With the launch of Pemulih, the figure is expected to increase further,” she said on Bernama TV’s Ruang Bicara programme aired yesterday evening.

She said the revised target for the nation’s financial position will be made after the tabling of the effects of the latest MCO on the GDP in August.

Although the fiscal impact will need to be handled, Zakiah said the more important thing now is to ensure the national economy recovers as quickly as possible, whereby the key lies in the country’s vaccination programme.

“The faster we hit herd immunity, with 80 per cent of the population fully vaccinated, the faster the economic sectors can reopen and the faster the people can go out and earn an income,” she said.

Pointing to the United States, United Kingdom and Germany, she said that as soon as 30 per cent of their population was vaccinated, the number of cases and hospital admission rate plunged.

On the financing for Pemulih, Zakiah said additional revenue sources have been identified as the Finance Ministry has always been managing the government’s cash flow.

“During the MCO period, some projects could not be continued so the implementation has been delayed, though not aborted.

“We can also save a bit on operational expenditure as there is no need to hold physical meetings, conduct working visits and so on,” she said.

As a final option, she said, the government still has room to resort to new borrowings although this would raise the debt level. “But it is the last option because we do not want to burden future generations who would have to repay the debt,” she added.

To enable the resumption of economic activities, Zakiah said the transition from the first phase of the National Recovery Plan is critical and the key to breaking the chain of Covid-19 transmission is through the MCO implementation.

“There have been five crises since I started serving in the government, but this is the first where we need to take into account the element of life or death.

“Many issues have to be considered in order to save both the economy and lives -- which sectors have to be assisted first and prioritised, which groups of people have to be helped, the priorities for now and the future.

“It is not easy. Many things have to be considered and debated with colleagues. Ultimately, saving lives is the priority but it has to be balanced with saving livelihoods too,” she said.

She added that the government is also concerned with the people not being able to feed themselves, not just on them becoming Covid-19 victims.

Elaborating on Pemulih, Zakiah said the package was structured to reflect the government’s move to join forces with the private sector to assist the people as well as businesses in facing the pandemic.

“It is also a way of helping the affected groups that face different challenges,” she said.

As an example, she said that the loan moratorium may not be so relevant for the bottom 40 per cent (B40) group and micro businesses as they do not have very high borrowings.

“Therefore, for them, cash aid and grants seem more appropriate. This initiative has to be borne fully by the government,” she explained.

She said the methodology of combining fiscal and non-fiscal aid is a global practice.

“From this vantage point, we assess every stimulus package or assistance. Hence, we would know how much the government has to bear and what is the contribution from the private sector,” she added.