Govt to study reintroduction of GST if people want it: Mahathir 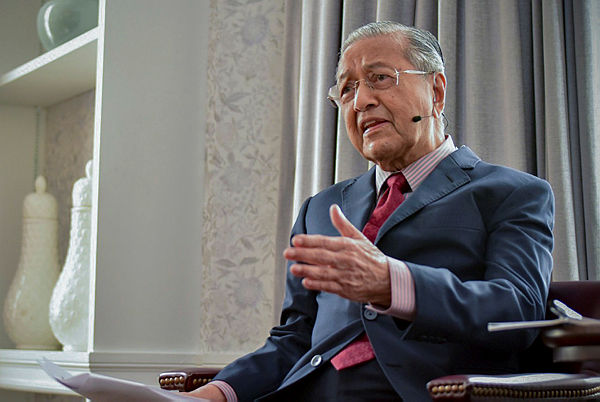 PUTRAJAYA: The goods and services tax (GST) can be studied again if the people want it back, says Prime Minister Tun Dr Mahathir Mohamad (pix).

“If the people think it’s better, we will study if GST is better than the SST (sales and services tax),“ he told reporters at the sidelines after launching the Security and Public Order Policy at the Home Ministry in Putrajaya today.

He was responding to comments made by the Malaysian Institute of Economic Research (MIER) chairman Tan Sri Kamal Salih that the GST should be brought back in Budget 2020 but at a lower rate of 3%.

The GST of 6% was implemented in 2015 under the previous administration, but was scrapped last year following Pakatan Harapan’s victory in GE14.

On another matter, Mahathir said he has not discussed the transition date for him to hand over reins to Datuk Seri Anwar Ibrahim.

He added said the date has not been set due to certain factors.

“We have to study the situation, if the work is half done or not done, susahlah (it’s difficult),“ he said.

Mahathir also said he will retain P. Waythamoorthy as a Minister in the Prime Minister’s Department even after the conclusion of the inquest into the death of fireman Muhammad Adib Mohd Kassim.

“I don’t see what’s the problem with that. For now, he can remain as the minister,“ he said. PEKA, SACF get order to extend interim stay of development at Bukit Cherakah