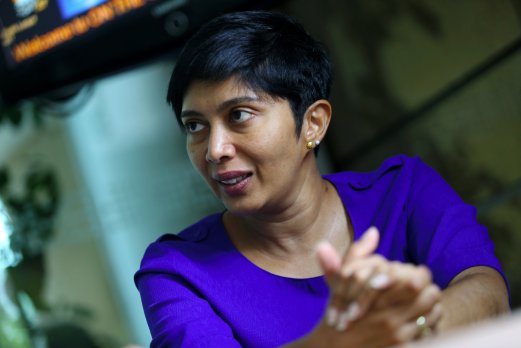 KUALA LUMPUR: The government has been urged to focus on cultivating the 21st-century skills in the country’s education policy under the Shared Prosperity Vision 2030.

Malaysia Digital Economy Corporation (MDEC) Talent Development and Digital Entrepreneurship vice-president Dr Sumitra Nair (pix) said the skills which include critical thinking, problem solving and creativity were among those required for the individuals to face the Industrial Revolution 4.0 (IR 4.0).

Individuals possessing such skills would be able to adapt regardless of any technological changes or uncertainty of the future, she said.

“These are values and attributes that are needed to face changes in the future, because whatever technology that we are teaching our children today ... in the next few months or years, will be irrelevant due to changes.

“Hard skills are going to change, hence, the soft skills are very important as well as the ability to do independent learning and the ability to embrace changes, to go with the flow,” she told Bernama here today.

In May, Prime Minister Tun Dr Mahathir Mohamad has announced a new vision known as Shared Prosperity, aimed at providing a proper standard of living for all Malaysians in the effort to develop the country.

The vision was an effort to turn Malaysia into a country which would continuously develop sustainably in line with a fair and just economic distribution at every level of the value network, class, race and geography to the point of creating harmony and stability among the people by 2030.

Meanwhile, Sumitra said the 21st-century skills could be instilled among the younger generations through curriculum or syllabus in the educational institutions starting as early as at the kindergarten level.

It was crucial to start developing these positive attributes as early as possible but emphasise on lifelong learning culture should also be encouraged, she said.

“Some people think if they have a degree or diploma it will be enough for the rest of their working life, but with Industrial Revolution 4.0. jobs are going to be increasingly multidisciplinary.

“Workers require to continually upskill themselves. The government should put in place policy, structure and incentives to capitalise on these kinds of culture,” she added. — Bernama