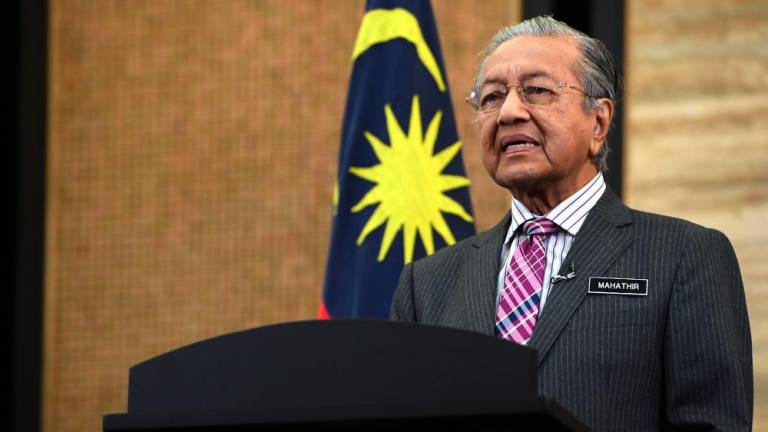 BAKU, Azerbaijan: The government is encouraging private firms and government-owned companies such as Khazanah Nasional Bhd to invest in large scale fruit and vegetable farming to reduce the nation’s food import bill, which has almost touched RM60 billion.

Prime Minister Tun Dr Mahathir Mohamad (pix) said currently, major firms were only focusing on large scale oil palm and rubber plantations, of which its commodity prices were exposed to market uncertainties, while adding that fruit and vegetable farming had lots of revenue potential.

“Today, I visited the Green Tech Farm that uses modern technology to produce various types of vegetables, such as tomato, egg plant, cucumber and chili, which are then exported to Russia with lucrative returns,” he said in a session with Malaysian media here today.

On Saturday morning, Mahathir took time off from his busy schedule at the 18th Non-Aligned Movement (NAM) Summit here to visit Azersun Holding’s 35ha Green Tech Farm that utilises the state-of-the-art technology in the production of organic vegetables, such as tomato, egg plant, cucumber and chili.

Asked if the Government would encourage Khazanah Nasional to invest in the vegetable farming sector, and not just focus on investments abroad, Mahathir said there would be no objections if Khazanah was keen.

“Khazanah can (invest) if there is a need, but it’s not just the government, the private sector needs to get involved as well. Khazanah shifted their focus (to investments abroad) because the domestic (investment) climate here was not encouraging, and the previous leadership was not encouraging it as well,” he added.

The premier said private firms were encouraged to get involved, as large amount of investments were needed if the Green Tech Farm model was to be emulated.

On his disappointment with graduates with skills in the agricultural field but who only wanted to be employed in the public service, Mahathir said such attitude must change.

“I once visited the farm in Universiti Putra Malaysia, formerly known as Universiti Pertanian Malaysia, which was well organised and produced good yield. However, once out, the graduates did not want to be involved in farming but instead only wanted government and office jobs,” he said.

Mahathir said the skills acquired by them were under-utilised and this in turn does not help the nation’s economic growth. — Bernama

1.While some cry foul over different SOP for unvaccinated individuals, a virologist sees it as unavoidable

3.Strength in depth a concern for injury-hit Leeds, says Bielsa