Govt will not interfere with investigation on Pandora Papers leaks (Updated) 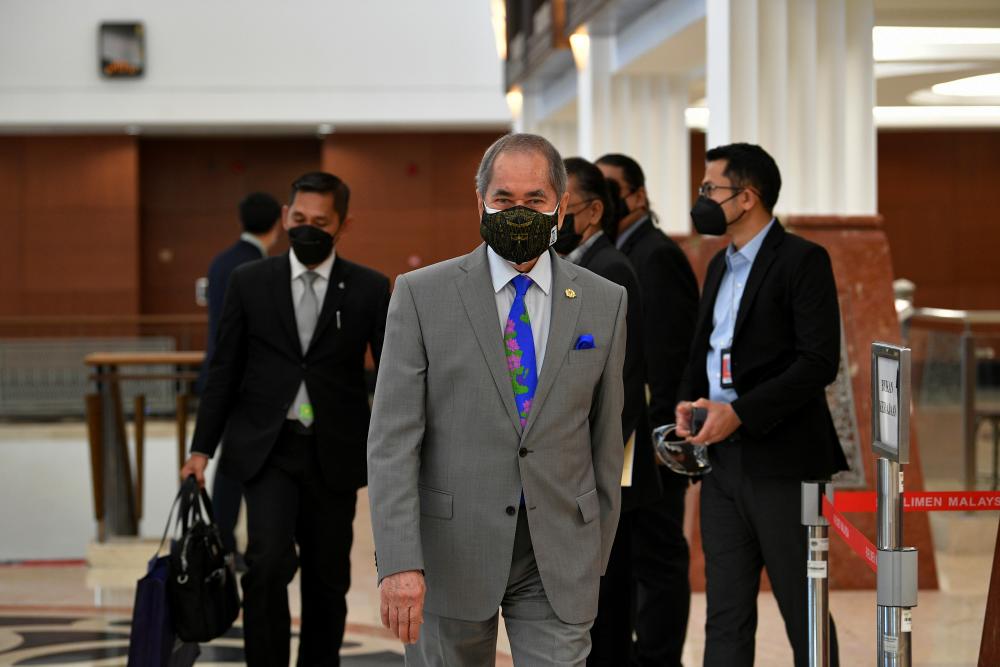 KUALA LUMPUR: The government will not interfere with investigation by authorities if there is a report against any party or individual involved in the Pandora Papers leak, which is claimed to contain confidential financial files of several prominent figures in the country, the Parliament was told today..

Minister in the Prime Minister’s Department (Parliament and Law) Datuk Seri Dr Wan Junaidi Tuanku Jaafar (pix) said currently, the Malaysian Anti-Corruption Commission (MACC) was in the process of obtaining more information on the leak, as well as holding discussions with other agencies, including Bank Negara Malaysia (BNM) to coordinate investigations.

“I give the assurance that I will invite all agencies such as the MACC, BNM and the Commercial Crime Investigation Department to carry out the investigation,” he said, adding that whatever the outcome of the investigation, it would be tabled in Parliament.

He was responding to a question from Datuk Seri Anwar Ibrahim (PH-Port Dickson) on measures taken by the government’s in preserving the credibility and integrity of the country’s administration following the leakage of the Pandora Papers.

He said through intensified enforcement, 64 cases were brought to court for the period from 2017 to 2020 and involved the forfeiture of property and fine of more than RM11 million.

On opening of offshore accounts, he said, it was not an offense under the Malaysian law, but action would be taken if there was evidence of criminal misconduct by any individual or company.

On Datuk Seri Ahmad Maslan’s suggestion for parties affected by the leakage of the Pandora Papers, especially those with government positions, to provide answers in the Dewan Rakyat, Wan Junaidi said he would discuss the matter with Prime Minister Datuk Seri Ismail Sabri Yaakob.

“Insya-Allah, we will inform those concerned to explain,” he added.- Bernama

1.Top Bundesliga headlines over the weekend

2.Looking back at the weekend’s Serie A matches...