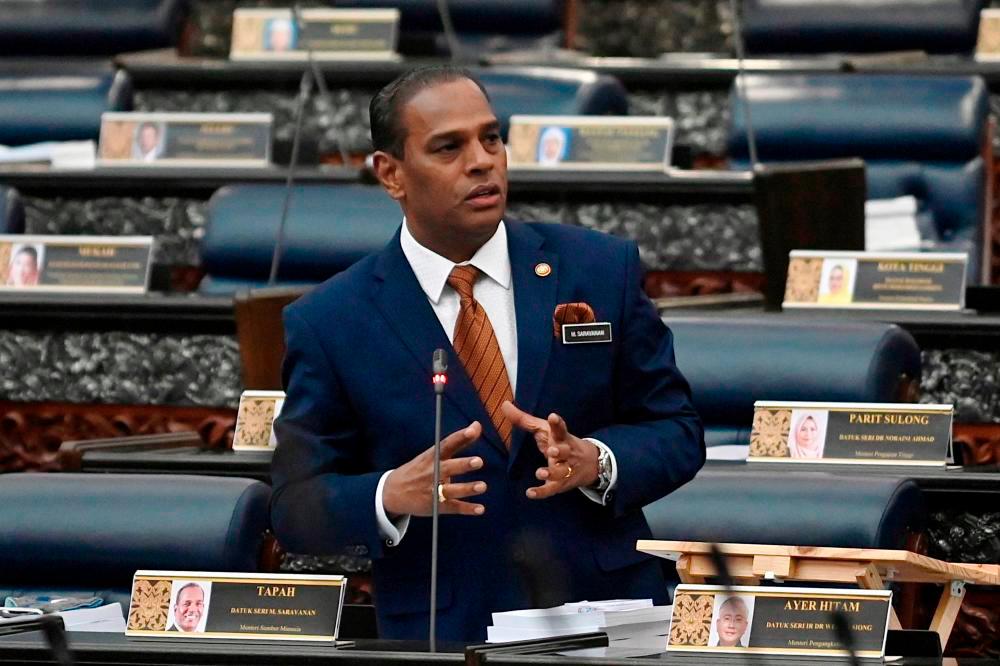 KUALA LUMPUR: The government will undertake a study on extending the protection aspect in the implementation of the Housewife Social Security Scheme (SKSSR) to househusbands as well, said Human Resource Minister Datuk Seri M. Saravanan

However, he said said the government needs to identify the actual number of men in the country who are househusbands.

“This matter has already been raised in the Cabinet. If we were follow the culture in Malaysia, the majority of men are in the working class,“ he told a press conference at Wisma Pembangunan Sumber Manusia Berhad (PSMB) here, today.

He said if the need after the study showed it was urgent, then the SKSSR as in the Housewife Social Safety Bill 2022 will be extended to fathers.

He said the SKSSR initially will give priority to women who are housewives when it is expected to come into force on Dec 1, 2022.

The bill was passed by the Dewan Negara on Aug 9 last to implement the SKSSR where a total of 150,000 women registered under the i-Suri scheme will get government contribution.

Commenting further, Saravanan said the SKSSR is voluntary and husbands are not obliged to contribute for their respective wives and no action will be taken against husbands who fail to do so.

However, he said husbands can be fined not more than RM10,000 if they have started paying contributions but fail to continue.

He said husbands can discuss or make an application to the Social Security Organisation (Socso) if they face problems in paying contributions so as not to be fined.

Touching on the amendment to the Employment Insurance System Act 2017 (Act 800) which increases the salary ceiling from RM4,000 to RM5,000 per month to contribute to the scheme, Saravanan said it will come into effect on Sept 1.

He said the amendments in the Employment Insurance System (Amendment) Bill 2022 will increase the benefits received by employees in addition to improving social security coverage.

“Socso contributions have not changed since 1971. So with this increase in contributions, employees also get higher benefits,“ he said.

He said the maximum contribution paid by employees was RM7 while the lowest RM0.70. PN to play important role as opposition in Parliament: Hamzah Appointment as Defence Minister a career leap for Mohamad Hasan PN to play important role as opposition in Parliament: Hamzah

Appointment as Defence Minister a career leap for Mohamad Hasan 1.PN to play important role as opposition in Parliament: Hamzah

2.Appointment as Defence Minister a career leap for Mohamad Hasan