Govt will study the repeal of the Anti Fake News Act: Saifuddin 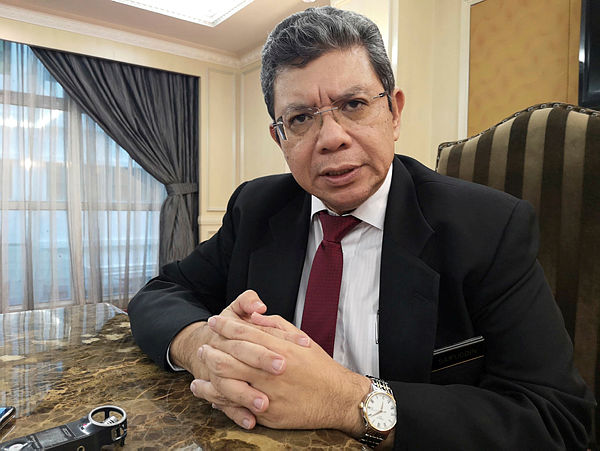 PUTRAJAYA: The government will study the repealing of the Anti-Fake News Act but will continue to pursue the Freedom of Information Act, said Multimedia and Communications Minister Datuk Saifuddin Abdullah (pix).

“I am the same Saifuddin that upholds freedom, democracy, human rights, and rule of law,“ he said during his maiden press conference.

He said the freedom of the media must be upheld but there cannot be any compromise on fake news.

“The nitty-gritty of how we operationalise will be discussed but I can assure you that I will continue upholding freedom of speech, freedom of organisation.

“That you can take from me, regardless of which party I belong to,“ he said.

On the review of the Anti- Fake News Act, Saifuddin said on the one hand, we must uphold freedom, but at the same time we can’t compromise on fake news.

However, he said it will not be fair for him to make any specific announcement because it involves other ministries too.

“Please understand that the main issue here is not fake news but freedom because there are other issues that could impinge on this,“ Saifuddin said.

The Anti-Fake News Act was repealed on Dec 19 last year by the previous Pakatan Harapan government.

Saifuddin said he will also be setting up a consultative council involving senior officers and private sector stakeholders to discuss the policies and laws that come under the ministry.

On the 5G roll out which is planned for the third quarter of this year, he said it will continue as planned.

He said as Prime Minister Tan Sri Muhyiddin Yassin had announced a review of the economic stimulus package, his ministry is waiting to see if it receives extra allocations.

He said he is waiting to hear from the Finance Ministry and if the ministry is not part of the review, it will go ahead with the roll out

He said if they are a part of it there will be a slight delay as they make the adjustments.