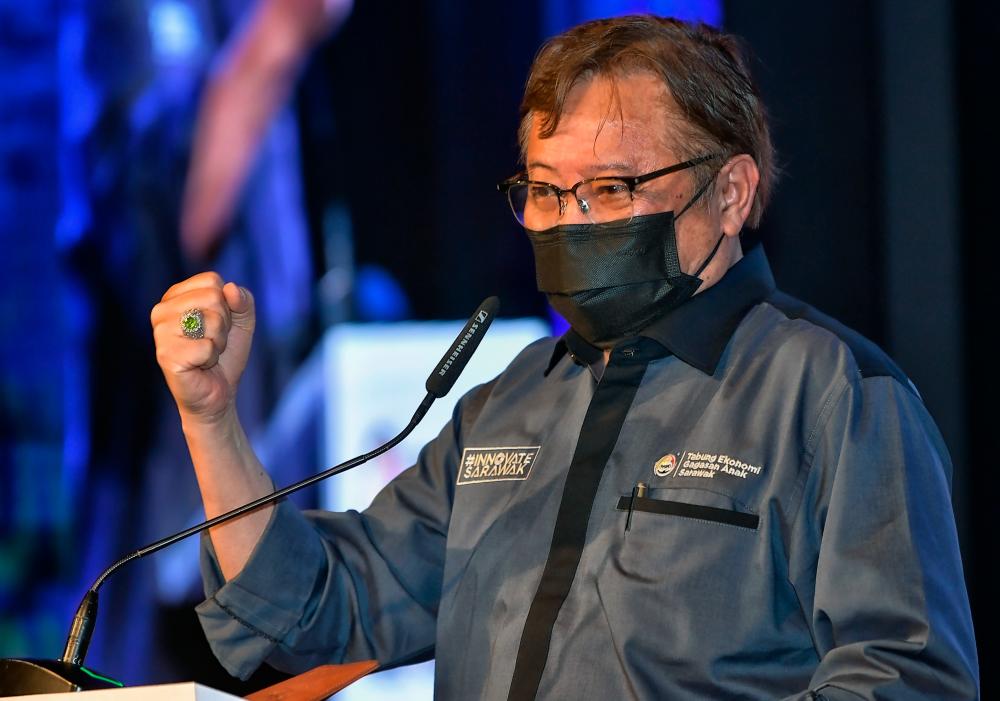 “If we go to the battlefield (election) with one spirit, we can win all 82 seats,” Abang Johari who is also Sarawak Chief Minister said in his speech at the launch of GPS election machinery here, last night.

He said the party’s machinery, when it goes out to campaign, should convey the message that GPS would always strive to assist the people.

“We will continue to fight for Sarawak. Together we move in one voice, one melody and one song. This is our responsibility,” he said.

The Election Commission has set Dec 6 for nomination, Dec 14 for early voting and Dec 18 for polling in the 12th Sarawak state election.