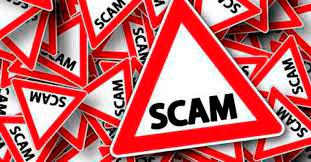 SEREMBAN: A university graduate in Port Dickson has lost RM138,990 after falling for a part-time job offer she came across on Facebook, police said today.

Port Dickson district police chief Supt Aidi Sham Mohamed said that after responding to an advertisement on Facebook on July 22, the 24-year-old woman was given an ID and a password by an individual to download a PbCompany application.

“The woman was required to bank in money until the target value of goods ordered from the Shopee, Lazada or Zalora platforms by the company is reached,” he said in a statement here.

Using the Employees Provident Fund money left behind by her late stepfather, the woman made 15 deposits totalling RM138,990 into six different accounts between July 22 and 25, he added.

Aidi Sham said the woman was promised a commision of 2.5 per cent and full return of her deposits once she hit the target order.

Aidi Sham said the woman lodged a police report on Tuesday after she was not paid any commission and was instead asked to bank in more money despite meeting the target.

Saying police are investigating the case under Section 420 of the Penal Code, he advised the people not to disclose their personal particulars to strangers and not to be easily influenced by job offers with attractive incomes.

Anyone who received business or job offers should check with http://ccid.rmp.gov.my/semakmule/ to verify the status of accounts before banking in any money. -Bernama