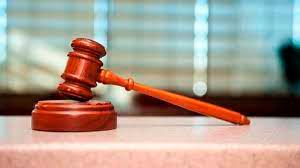 KUALA LUMPUR: The grandaunt and the father of a five-year-old disabled girl were charged in the Selayang courts today in connection with the death of the girl at a house in Gombak last year.

Ipzuma Ambo, 55, an Indonesian who works as a maid, was charged with the murder of her grandniece at a house in Kampung Sungai Chinchin, Gombak, near here between 12.01 am, Dec 28 and 8.10pm, Dec 30 last year.

The charge, under Section 302 of the Penal Code, provides for the death sentence upon conviction.

No plea was recorded from Ipzuma after the charge was read out before Magistrate Nik Mohd Fadli Nik Azlan.

Deputy Public Prosecutors, Nurul Ain Shafie and Nur Shasha Hidayah Nor Azahar appeared for the prosecution while the accused was represented by counsel Suriati Che Arifin.

Meanwhile, in the Sessions Court, the victim’s father, Roza Iskandar Mardi, 34, pleaded not guilty to neglect of his daughter, which resulted in her suffering physical injuries.

The lorry driver is alleged to have committed the offence at the same place between Jan 1 and Dec 30 last year.

Judge Maziah Joary Mohd Tajudin allowed bail of RM8,000 with one surety and ordered him to report to a police station monthly until the case is settled.

Both courts set Feb 18 for mention, pending the post-mortem report of the victim.

Bernama previously reported that both of them were among six individuals arrested to facilitate investigation into the death of the girl, who was diagnosed with hydrocephalus or excess fluid in the brain. -Bernama