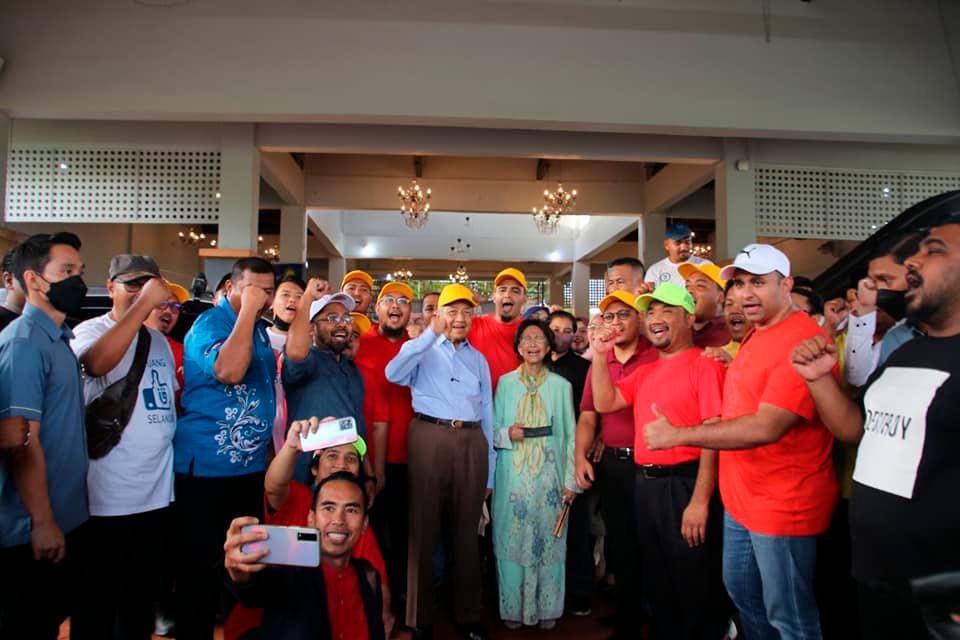 CYBERJAYA:- Gerakan Tanah Air (GTA) will only reveal its stand on the date for the dissolution of Parliament after Prime Minister Datuk Seri Ismail Sabri Yaakob presents the proposed date to the Yang di-Pertuan Agong.

GTA sponsor chairman Tun Dr Mahathir Mohamad said GTA will only make a decision as to oppose or support the dissolution date that would pave the way for the 15th General Election (GE15) after the proposed dissolution date is presented to His Majesty, the Yang di-Pertuan Agong.

“We feel the GE15 should be held when we are not facing floods or thunderstorms so that all voters are safe and can vote in a conducive environment,“ said the former prime minister after a programe called Suara Tanah Air, here today.

Dr Mahathir said he feels the GE15 should be held next year after the monsoon season is over and there are no floods.

Yesterday, UMNO secretary-general Datuk Seri Ahmad Mazlan had said the UMNO Supreme Council insists Parliament should be dissolved as soon as possible for the GE15 to be held this year in accordance with Article 40 (1) of the Federal Constitution.

Dr Mahathir claimed UMNO wants to choose a period that would benefit them and that was the reason for seeking the election to be held by end of this month or end November although there is a possibility of floods.

Speaking of GTA’s registration status, Dr Mahathir said the Registrar of Societies (RoS) had informed the party that the process of registration could not be done quickly because more than 30 political parties had submitted their application.

“However, the ROS has informed us that there was no problem in GTA’s application for registration,” he said.

Dr Mahathir added that GTA plans to field 30 percent of youths as candidates in the GE15.

When asked to comment on claims that GTA would cause a split among Malays, Dr Mahathir said the Malays have already been split and that the main aim of GTA was to reunite the Malays. - Bernama