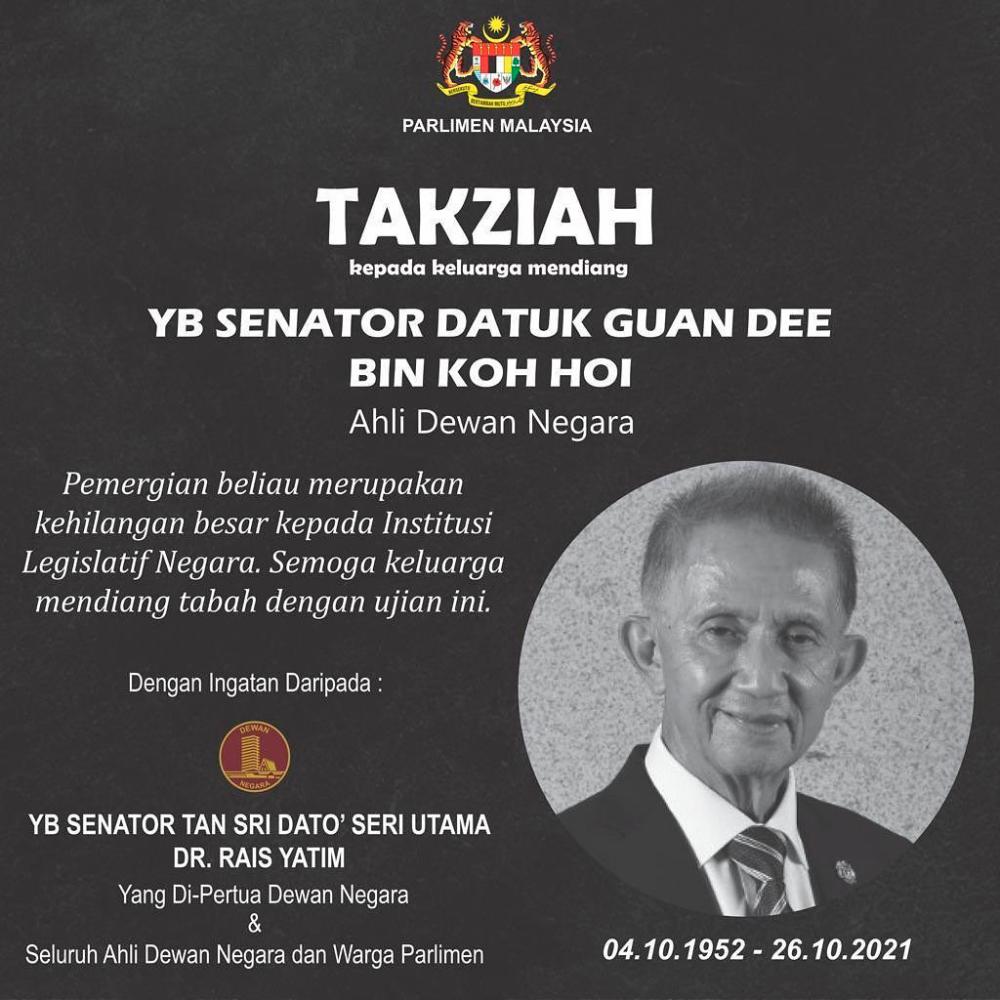 He described the late Guan Dee as a gentle and compassionate person and that the Dewan Negara had witnessed his contributions to the people and country.

“We are deeply saddened by his departure. Rest in peace, Guan Dee. Your old friend - Rais Yatim,“ he said in a post on Parliament of Malaysia Facebook page today.

Members of Parliament and the Senate also expressed their condolences to Guan Dee’s bereaved family through the social media site.

He was appointed as senator for the period Dec 16, 2020 to Dec 15, 2023 and had served as deputy tourism, arts and culture minister in the Perikatan Nasional administration under former prime minister Muhyiddin Yassin. — Bernama