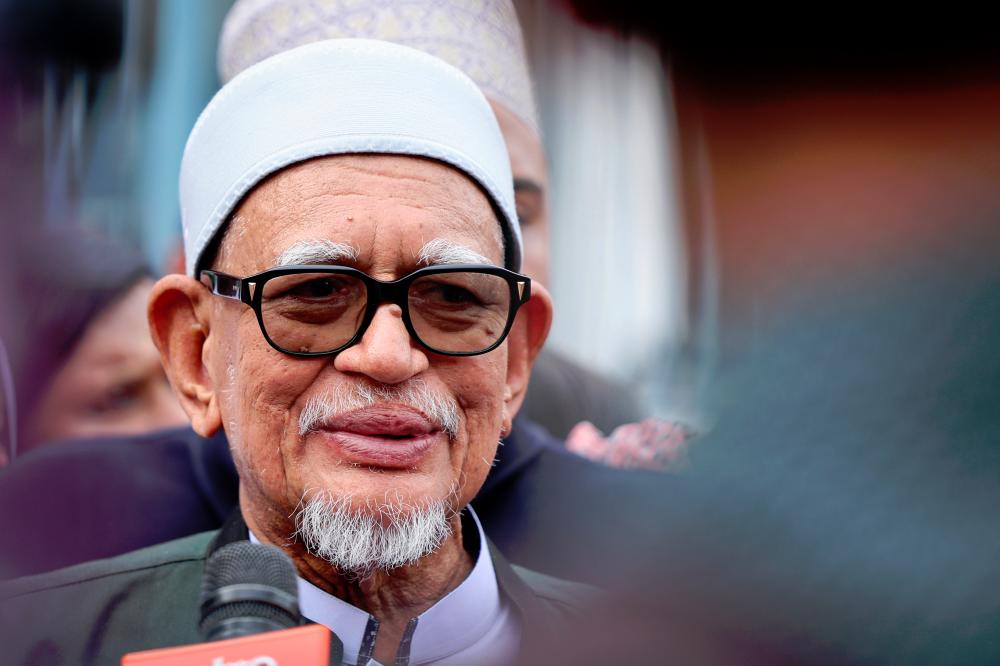 KUALA LUMPUR: Police have recorded a statement from Tan Sri Abdul Hadi Awang (pix) in connection with allegations that the PAS president had made seditious statements during the 15th General Election (GE15) campaign.

The Marang MP spent almost two hours at the Sentul district police headquarters here this afternoon to give his statement, after several police reports had been lodged against him.

Hadi arrived at the police station at about 2.55 pm in a white Toyota Vellfire, accompanied by two other vehicles.

Abdul Hadi told reporters after the police interview that he was prepared to face any possible action, including being charged in court.

“Now it is my turn. It seems that this new government is very proactive. My request is that investigations against those who touched on sensitive matters involving Muslims be speeded up,” he said outside the police station.

On Nov 10, Kuala Lumpur DAP secretary Lim Lip Eng lodged a report at the Dang Wangi district police headquarters, alleging that Abdul Hadi had made remarks linking Pakatan Harapan (PH) to communism and blasphemy at a ceramah in Temerloh, Pahang.

Abdul Hadi was also reported to have claimed that PH and Barisan Nasional (BN) were beset by various problems, including uncontrolled corruption.

Abdul Hadi’s lawyer Wan Rohimi Wan Daud said the PAS president was being investigated under Section 505 of the Penal Code for allegedly making statements which could cause public mischief and Section 233 of the Communications and Multimedia Act 1998 for misuse of network facilities. - Bernama