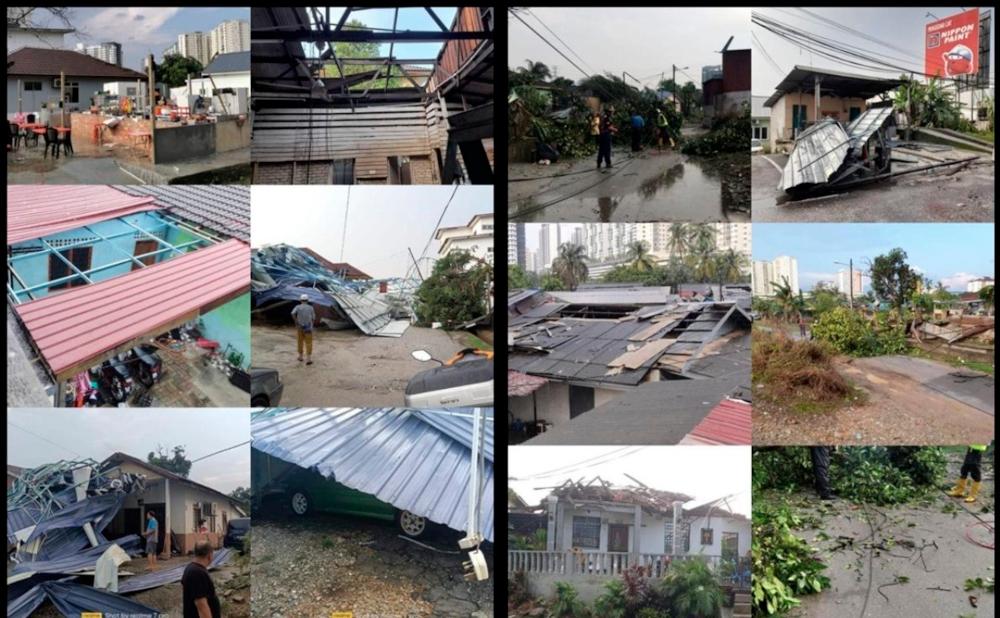 Acting Kampung Batu 3 chief Mohd Syafiq Ali Bajunid Omar said the heavy rain which started at about 5.30pm was also accompanied by a small whirlwind which caused dozens of roofs of the villagers’ houses to be blown away.

“So far, no injuries have been reported and together with the Social Welfare Department, we have opened a relief centre at the Batu Tiga MBSJ Multipurpose Hall for the affected residents,“ he told Bernama.

According to him, the centre which housed flood victims from Kampung Kebun Bunga had just closed earlier this month.

A check by Bernama last night found that the area around the village was still dark due to power outage since afternoon after the storm toppled several electricity poles.

Housewife Norhaslinda Nayan, 43, who was met at her home said the incident was the first she had experienced in over 20 years living in the area.