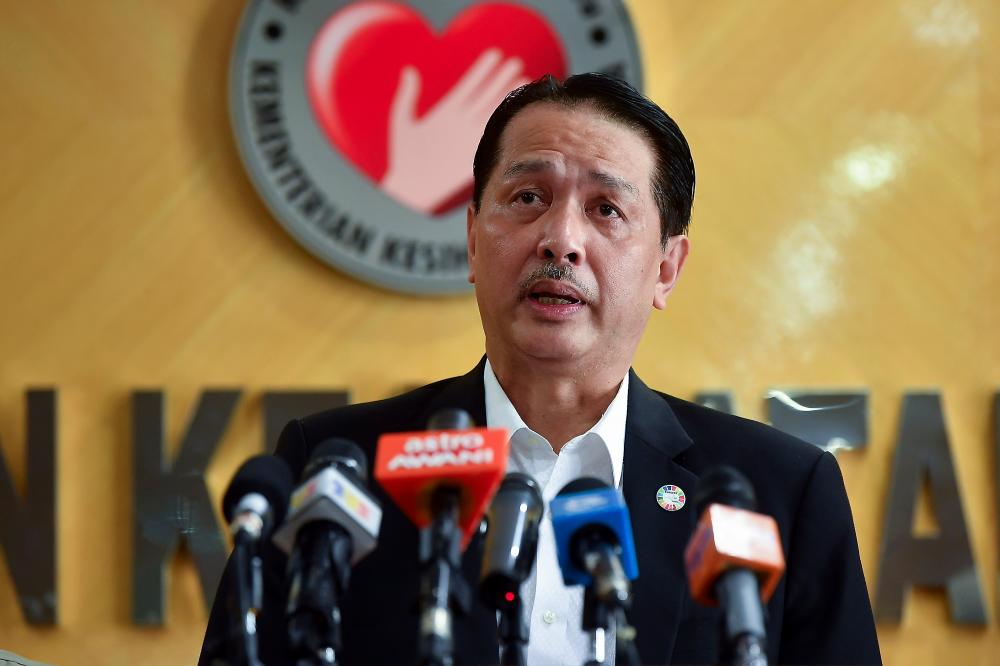 PETALING JAYA: It’s +1 in Malaysia’s Covid-19 case tally after a Khazanah senior executive was confirmed to have the virus on Sunday.

The Health Ministry said it initiated an investigation immediately, following claims of an ex-minister and his deputy coming into close contact with the infected individual.

Patient 26 is a senior leader at both Khazanah Nasional Bhd and UDA Holdings Bhd. Two politicians, one from Perikatan Nasional and one from Pakatan Harapan, were spotted with him at an event on Feb 27.

“The patient is in isolation at the Sungai Buloh hospital and in stable condition, and further contact tracing is on-going,“ said the Health Ministry director-general Datuk Dr Noor Hisham Abdullah (pix) in a statement today.

There were no new positive cases up until this afternoon. In total, seven people are being treated for the virus, said the DG.

Noor Hisham reiterated and advised the public not to spread unverified news about Covid-19 to avoid creating panic and misunderstanding.

Meanwhile, UDA Holdings Berhad confirmed that one of its board members was infected with the virus.

“UDA is taking precautionary measures to identify individuals who work closely with the individual involved. UDA is also working closely with the Ministry of Health Malaysia (MOH) on this matter,“ the firm said in a statement today.

Preventive measures to curb the spread of the virus has also been taken at UDA and its subsidiaries, including the hotel where “patient 26” and the two politicians met.

“The management of UDA would like to stress that no case was reported at the hotel involving in-house guests and business is as usual. The Ancasa Hotel has also taken appropriate steps following guidelines from the Health Ministry on sanitising the entire hotel area,“ the statement said.

PM hints of inter-state travel within a few weeks

2.PM hints of inter-state travel within a few weeks