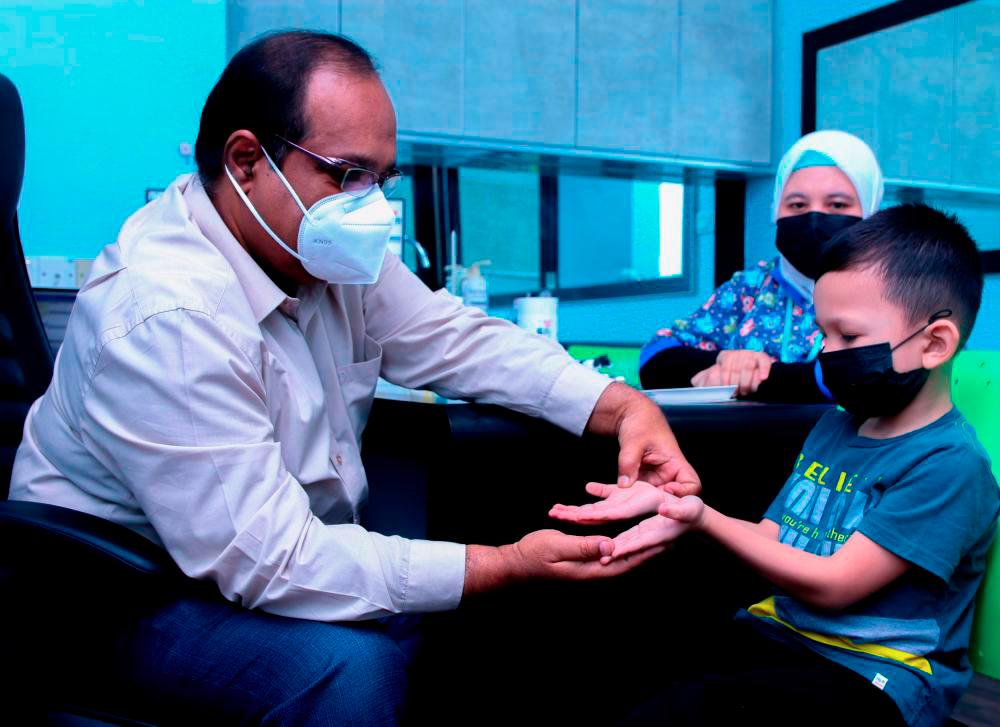 KUALA LUMPUR: The Selangor government through the district health offices (PKD) will monitor childcare centres in the state more closely so that the spread of hand, foot and mouth disease (HFMD) is controlled.

In MALACCA, 39 cases of HFMD were reported involving preschool students in 22 primary schools, with 38 cases of them detected in Alor Gajah while one solitary case was in a school in Central Melaka.

State Education and Technology Committee chairman Datuk Rais Yasin said however, no school or class closures had been ordered so far because the outbreak was still under control.

“At the state Education and Health Department level, we also constantly monitor cases of HFMD infection and preventive measures are also taken so that the infection can be fully controlled,“ he said after the Melaka Teachers’ Day ceremony officiated by Chief Minister Datuk Seri Sulaiman Md Ali.

In SABAH, Deputy Chief Minister Datuk Seri Dr Jeffrey Kitingan said Covid-19 had taught Sabahans to adhere to standard operating procedures (SOPs) and so they would take the same precautions with the contagious HFMD.

He said raising awareness among the community was more important in curbing the spread of infectious diseases such as HFMD and Covid-19, especially when celebrating festive seasons such as the Kaamatan Festival which falls on May 30-31. - Bernama