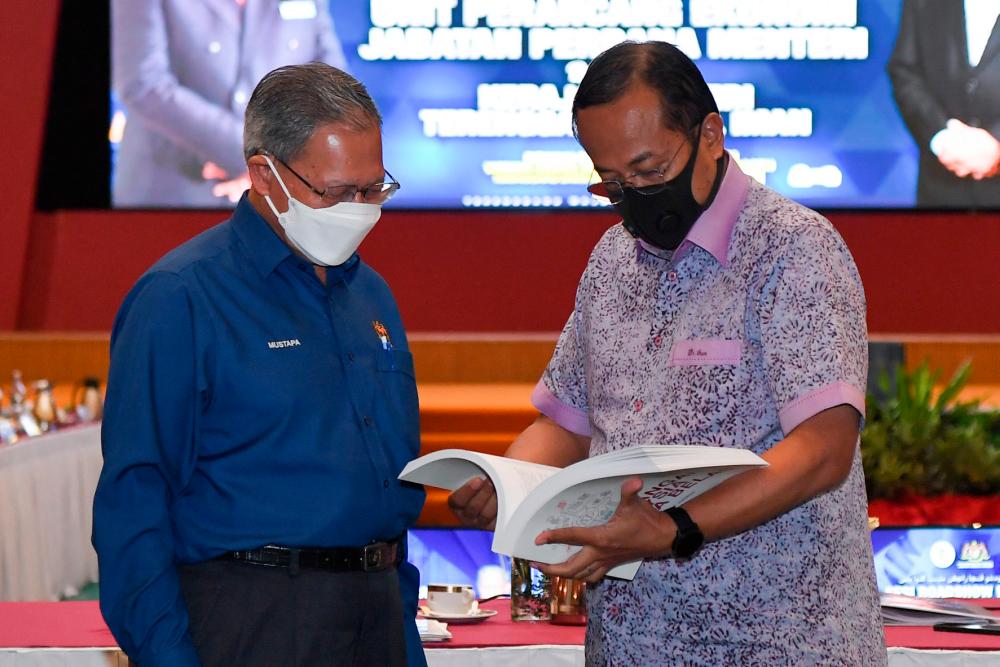 KUALA TERENGGANU: The federal government is committed to providing at least 50 per cent of the allocation for basic facilities in Terengganu for the implementation of high-impact projects in the state.

Minister in the Prime Minister’s Department, Datuk Seri Mustapa Mohamed(pix) said this was to ensure continuity of projects and better access to basic infrastructure, amenities and services.

“A number of the extended projects will be continued including at Kemaman Hospital and Dungun Hospital, as well as flood-mitigation projects.

Earlier, Mustapa had a hybrid engagement session on the 12MP with the state’s senior government officials at Wisma Darul Aman, here.

“The flood-mitigation project in the northern part of Kuala Terenganu, upgrading of the Chukai-Kemaman federal road, Simpang Pulai-Gua Musang-Kuala Berang road project and the development of rubber smallholdings will also continue,” he added.

Mustapa said the federal government’s initial development allocation for Terengganu this year was RM1.36 billion but the amount could not be fully spent due to the Covid-19 pandemic.

Asked on the allocation for Terengganu next year, he said the details would be in Budget 2022 to be tabled by Finance Minister, Tengku Zafrul Abdul Aziz on Oct 29.

Meanwhile, Menteri Besar Datuk Seri Dr Ahmad Samsuri Mokhtar said the state government was thankful to the federal government for its commitment to solving the issues involving land and approvals by the local authorities that had caused project delays.

“We hope that things can be speeded up by reducing bureaucracy so as to achieve the project objectives for sustainable development,“ he added.-Bernama