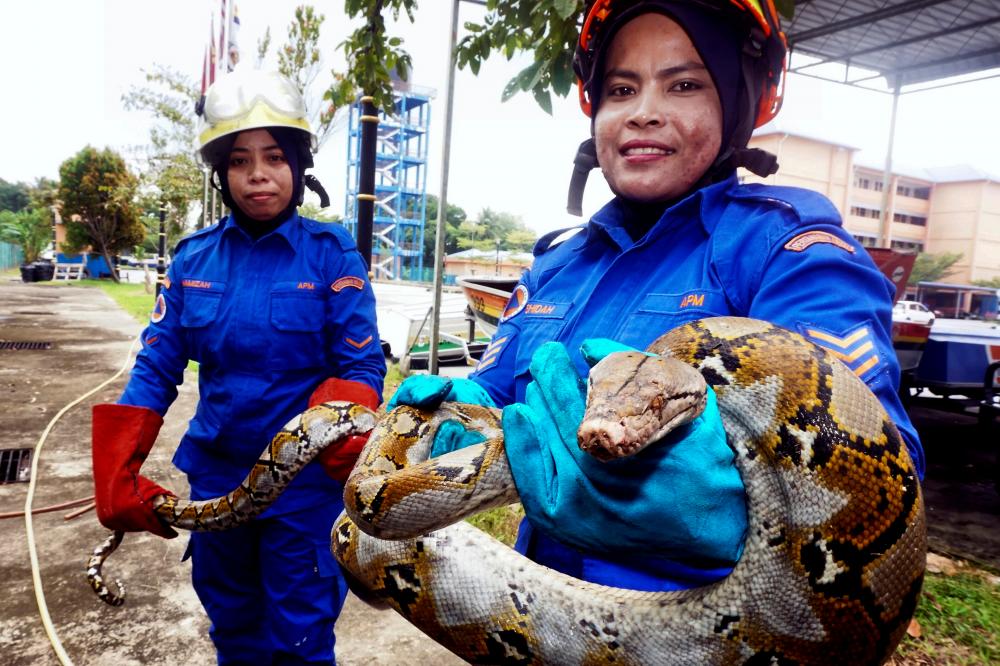 LAHAD DATU:A man who had been sleeping peacefully at home in Kampung Sepagaya Hilir was woken in the early hours of the morning by chickens clucking agitatedly.

Lahad Datu district Civil Defence officer, Asby Mohd Anwar, said they received a call regarding a snake – which turned out to be a four metre long, 52kg ular sawa batik (Malayopython reticulatus) – at 4.44am today.

“The complainant woke after hearing the agitated chickens. When he went to inspect the commotion, he noticed the snake in his jambu tree,” Asby told reporters.

He said Civil Defence personnel took 20 minutes to catch the python, but not before it scarfed down a meal of chicken.

He said the python was taken away and released in its natural habitat.- Bernama