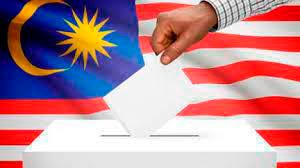 PETALING JAYA: The decision by the Election Commission (EC) to delay the implementation of Undi18 and automatic voter registration (AVR) has drawn flak from various quarters.

He pointed out that the Islamist party had insisted that Undi18 – lowering the age of eligibility to vote from the current 21 to 18 – must be implemented together with AVR.

“I suggest PAS owns up to the responsibility and ask the government to unlink the two, by gazetting Undi18 without the need to wait for AVR.”

EC chairman Datuk Abdul Ghani Salleh announced last Thursday that Undi18 could no longer be implemented in July as planned because it would take time to update data for AVR.

He also cited movement restrictions imposed to curb the spread of Covid-19 as a reason for the delay.

This rules out about 1.2 million potential voters if the next general election is held before AVR is completed.

Wong noted that as recently as November last year, Minister in the Prime Minister’s Department (Parliament and Law) Datuk Seri Takiyuddin Hassan had assured the Dewan Rakyat that the lowering of voting age would be implemented on time.

“So what has happened?”

He said Abdul Ghani should step down as EC chairman over the delay that will now prevent more than a million youths from exercising their right to vote.

Bersih 2.0 chairman Thomas Fann, who also called for Abdul Ghani’s resignation, said it is “incomprehensible” to blame the delay on Covid-19.

Qyira Yusri, a co-founder of an Undi18 interest group, described the reason given by the EC for the delay as “not valid”.

“The EC can still allow those aged 18 to 21 to register as voters in the conventional way. It is clear that there is a lot of anger and disappointment with politicians across the political divide and I wouldn’t be surprised if many voters, not just younger voters, choose to stay home due to political frustration.”

Human Rights Commission of Malaysia commissioner Jerald Joseph said the reason for the delay is not credible, especially since there is no evidence to back it up.

“The country has been functioning in full capacity despite movement restrictions. Action is required to ramp up the implementation.”

He explained that the rare bipartisan move under the previous Pakatan Harapan administration in 2019 where Parliament unanimously approved the measure to lower the voting age sparked nationwide excitement.

“The delay will disable the active participation of a large segment of the electorate, and will be a sad day if that segment is unable to participate in deciding Malaysia’s future.” 2.Animal feed processing plant based on palm kernel waste to be operational in Terengganu