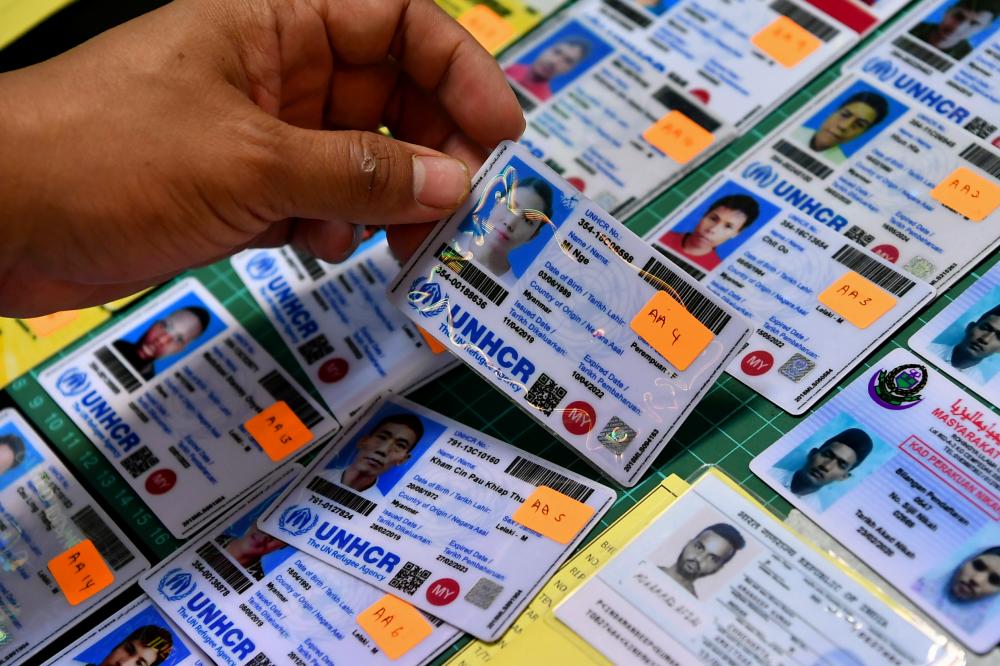 KUALA LUMPUR: The Home Ministry is still gathering evidence on allegations that non-refugees were given refugee status cards by the United Nations High Commission for Refugees (UNHCR).

Home Minister Datuk Seri Hamzah Zainudin also said the ministry has yet to hold discussions with UNHCR on the matter.

He said the ministry was gathering more evidence to ensure no mistakes and to confirm the issue was not merely confined to only one or two parties.

“If there is a lot (evidence), they would then not be able to say anything. There is something that (they) may be hiding from us and this is what we are doing (evidence gathering) now.

“I will make a decision when the time comes... it is better for those who want to stay in our country to comply with our laws,” he told reporters after officiating at the NIISe project contract handover ceremony here today.

He said Malaysia was an independent country and all parties should have confidence in its laws.

Meanwhile, Hamzah said the Home Ministry was still responsible for foreign workers’ safety even though the entry quota for the group was now under the management of the Human Resources Ministry.

“For example, foreigners who work as maids in which safety is their own responsibility. But who ensures their safety? Others would not know, except for the Home Ministry through the police and Immigration who will assist if issues arise. The same goes with the security sector involving foreign security guards,” he said.

He said the Home Ministry also vetted foreigners brought in to work in the country to ensure that they were not blacklisted.

“If an employer gets a quota by wanting to bring in 100 foreigners, he has to pay levy to the Immigration and then key in the (details) into our system.

“If the foreigners are blacklisted in our country, we will not approve the Temporary Employment Visit Pass (PLKS). If they pass, we will stamp the visa with the PLKS and issue them a card for them to work in the country,” he said. - Bernama