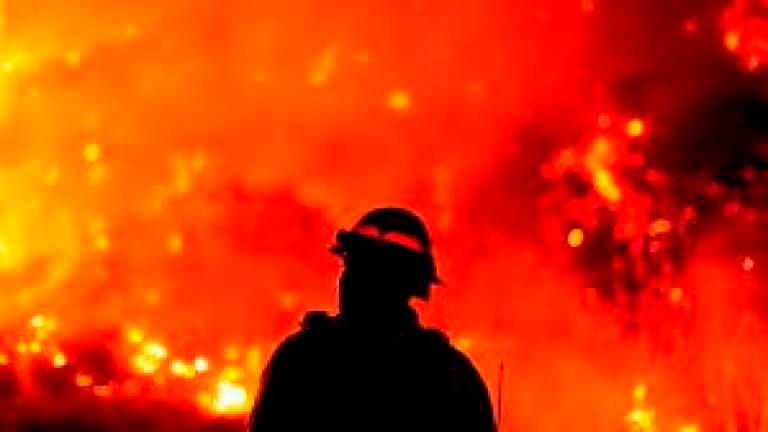 SHAH ALAM: The public has been urged to immediately report fire incidents and not to engage in open burning activities in view due of the hot and dry weather the country is currently facing, said Selangor Fire and Rescue Department (JBPM) assistant director (Operations) Hafisham Mohd Noor.

He said the public is urged to report immediately if they see any incidents such as smoke or small fires to prevent it from spreading.

“Do alert us, Insya Allah (God willing), we will respond as soon as possible and I hope no one engages in open burning for fear that it will spread,” he said when contacted by Bernama.

According to the Malaysian Meteorological Department, the country is currently experiencing the Southwest monsoon which causes hot and dry weather until mid-September.

At the same time, Hafisham said Selangor JBPM continues to conduct patrols in areas identified as fire ‘hotspots’, especially during hot and dry weather, among others, in the Kuala Langat South Forest Reserve (HSKL); HSKL North and Johan Setia area in Klang.

He said his department is now actively carrying out operations to put out fires in areas believed to be agricultural locations around Johan Setia since last Wednesday and he added that it is now like an annual ‘routine’ for the department to carry out such operation at that location.

“Actually, the fire was put out on Wednesday (July 28) but then, there was a new area that caught fire too. It is believed that the fire was caused by agricultural activities coupled with the current hot dry weather which caused the Air Pollution Index (API) reading to rise sharply,” he said.

On Wednesday, the media reported unhealthy API reading was recorded since 2am, at 152, before it jumped to 191 as of 1pm, on the same day.

Meanwhile, Hafisham said Selangor had recorded an increase of 555 cases of forest fires this month compared with 279 cases for the same period last year.

He said this year, the department had solved two large-scale fire incidents in the HSKL South from Feb 27 to March 8 and from June 27 to 29, involving more than 200 personnel from various agencies.

Apart from that, he said a total of 1,240 bush fires were recorded for the same period this year compared with only 791 cases last year.