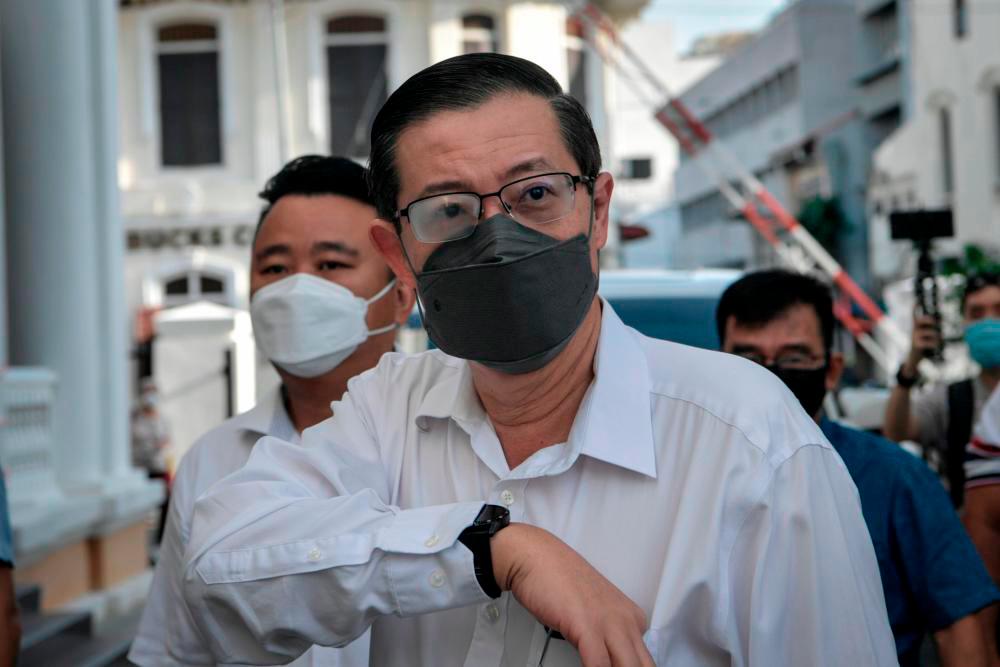 PETALING JAYA: Ministers, who recommended the termination of the Kuala Lumpur-Singapore HSR that cost the country RM320 million, should resign.

Making this call, DAP secretary-general Lim Guan Eng said Malaysia is becoming an international laughing stock for proposing to revive the project after paying in compensation to Singapore for terminating the project earlier this year.

“This flip-flop is symbolic of both PN (Perikatan Nasional) and BN (Barisan Nasional) government incompetence and indecisiveness that has cost taxpayers unnecessarily RM320 million for a start-stop-start project,” he said in a statement today.

“The PH (Pakatan Harapan) government had delayed the project in 2018 to allow for a review of the exorbitant pricing and the cost structure agreed to by the previous BN government.

“However, the Muhyiddin Yassin’s government was willing to pay RM320 million ringgit to break its public promise to continue with the KL-Singapore HSR and instead replace it with KL-Johor Baru HSR.”

Lim said the HSR project is not financially viable and logistically impractical if its rail line stops in Johor Baru and does not enter Singapore.

Prime Minister Datuk Seri Ismail Sabri Yaakob’s proposal to revive the HSR link makes sense as it will take passengers just 2.5 hours to travel between KL and Singapore, inclusive of the actual 90 minutes train journey, and estimated 15 minutes’ immigration checks in each country, as well as 15 minutes’ transfer time between the city centres and HSR stations, he pointed out.

“There must be full accountability and transparency by demanding the resignation of Ministers responsible for making the recommendation to terminate the KL-Singapore HSR that cost the country RM320 million.

“Singapore’s Transport Minister Ong Ye Kung had revealed in March this year that the main reason why both countries could not reach an agreement on the HSR project was because Malaysia wanted to do away with the jointly-tendered asset company (AssetsCo).”

Ong added that through an open and transparent international tender, the AssetCo would have ensured accountability to both countries.

Clearly this lack of commitment to transparency and open tenders by the Malaysian government is disappointing, the Bagan MP said.

“Will Ismail Sabri now conform to open tenders and transparency under the revived KL-Singapore HSR as well as ensure that the cost structure is not excessive and disadvantageous to Malaysia?” he added.

Djokovic has to comply with rules to go to Spain, says PM

1.Australia PM’s ratings take a hit months away from election

2.Djokovic has to comply with rules to go to Spain, says PM

4.Unemployed man who decapitated mum was under influence of drugs