I did not approve government investment in DreamEDGE: Mahathir 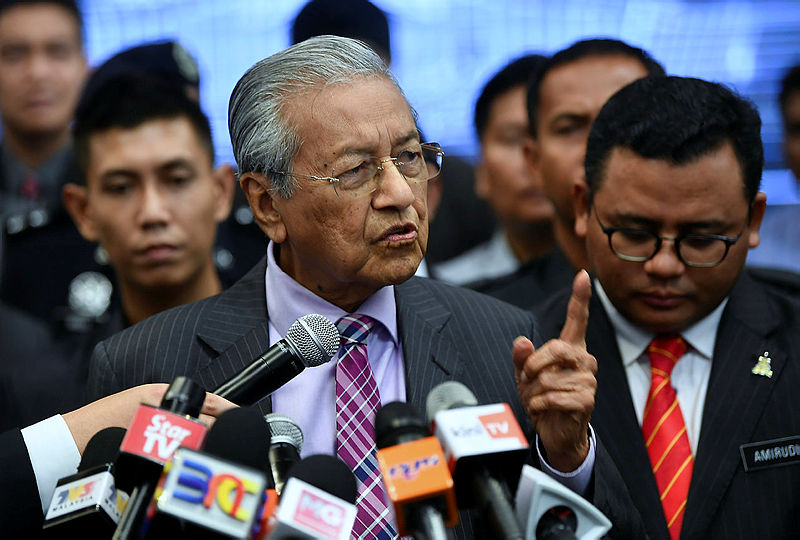 “But it is already done, so I have nothing to say,” he clarified yesterday.

Mahathir was asked to comment on MCA president Datuk Seri Dr Wee Ka Siong’s statement that the government had lied about not involving public funds in the project.

According to Wee, 53% of DreamEDGE’s shares are owned by VentureTech Sdn Bhd, which in turn is owned by a government company.

Mahathir said he suspected that because DreamEDGE was doing “a lot of things and seems to be capable”, some government departments probably wanted to have “a piece of the cake”.

He said the government’s intention of introducing the third national car project was to stimulate the automotive industry so that Malaysia wouldn’t be left behind.

He said Malaysia’s automotive industry was not doing so well while the world was moving away from the normal oil-based engines to hybrids and electrics.

“So we have to make that progress. If you are going to have a third car, it should be capable of at least hybridisation.

“That is to say it should be driven by battery but an engine must be put in in order to recharge the battery. And that would take the car maybe 1,000 miles. So we are moving in that direction,“ he said.

Although some people thought that Malaysia did not need another national car project, Dr Mahathir said the car business was not static, just like the aviation industry.

“The engineering industry itself must cope with new development and now we are using all kinds of automatic devices, we are talking to the car and the car talking back to us,” he said.

Asked about the criticism towards the government’s decision, Dr Mahathir said it was normal in politics.

To another question on whether he thinks his Cabinet ministers are doing enough to help him, the prime minister said: “They (ministers) are doing as much as they can.

“One has to remember that becoming a minister exposes yourself to all kinds of criticism,” he said. — Bernama