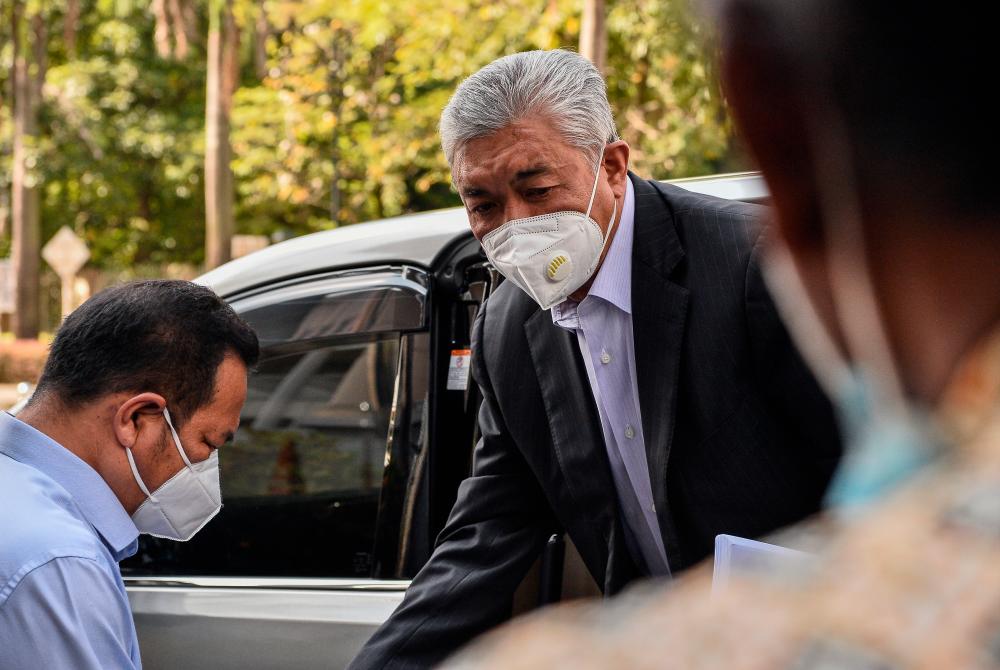 KUALA LUMPUR: Datuk Seri Ahmad Zahid Hamidi (pix) told the High Court today that he did not question the source of the RM7 million donated to Yayasan Akalbudi (YAB) by two businessmen as it was donated for religious activities and charity purposes, not for his use.

Ahmad Zahid, 69, said he must consider the donations to YAB were made with good intentions because YAB conducts charity work for non-Muslims, not only in the Bagan Datuk parliamentary constituency but also in other areas facing floods.

He said this when questioned by Deputy Public Prosecutor Harris Ong Mohd Jeffery Ong on the source of the RM5 million that was donated by a textile wholesaler Junaith Asharab Md Shariff and RM2 million that the foundation received from a goldsmith Mubarak Hussain Akhtar Husin.

The former deputy prime minister also said he could not question their intentions in making the donations, adding that any contributions were considered a donation to YAB.

“The individuals involved are not members of a secret society and the police are not investigating them. It involves the issue of integrity, I cannot question their intentions when making the contributions, and any contributions I consider a donation to YAB, ” he said.

The Bagan Datuk Member of Parliament also said there was no record on the receipt of the donations because the money was credited into Messrs. Lewis & Co’s client account, which is the law firm that handles YAB’s funds.

“There are allegations that the donations received were credited into my account, but it is not true and against the law. The donation cheques were given to Messrs. Lewis & Co which handles the YAB funds, ” he explained.

Meanwhile, Ahmad Zahid did not agree with Harris Ong’s suggestion that he was free to do anything that he wanted with donations received in the name of charity, adding that the donations were used following the guidelines and objectives of the YAB’s establishment to carry out charity work and help the needy.

On the withdrawal of YAB’s fund totalling RM17.9 million to help his daughter, Datuk Nurulhidayah to take over the shares of Ri-Yaz Asset Sdn Bhd and operate a boutique hotel in Bali, Indonesia, Ahmad Zahid said it was not done for the benefit of his daughter or himself.

Harris Ong: YAB funds are donated by donors for charity work for Muslims and non-Muslims, but the investment (Ri-Yaz) has derailed from the objective.

Ahmad Zahid: Based on the objectives of the YAB trustee and the M&A (Memorandum and Articles of Association), investments are made to generate extra income to carry out charity work.

He then agreed with Harris Ong that there were no written instructions regarding the withdrawal.

Ahmad Zahid is facing 47 charges, with 12 of these involving criminal breach of trust, eight for corruption and 27 for money laundering involving tens of millions of ringgit of YAB funds.

On Jan 24, the court ordered Ahmad Zahid to make his defence against all the charges after the prosecution managed to prove a prima facie against him.