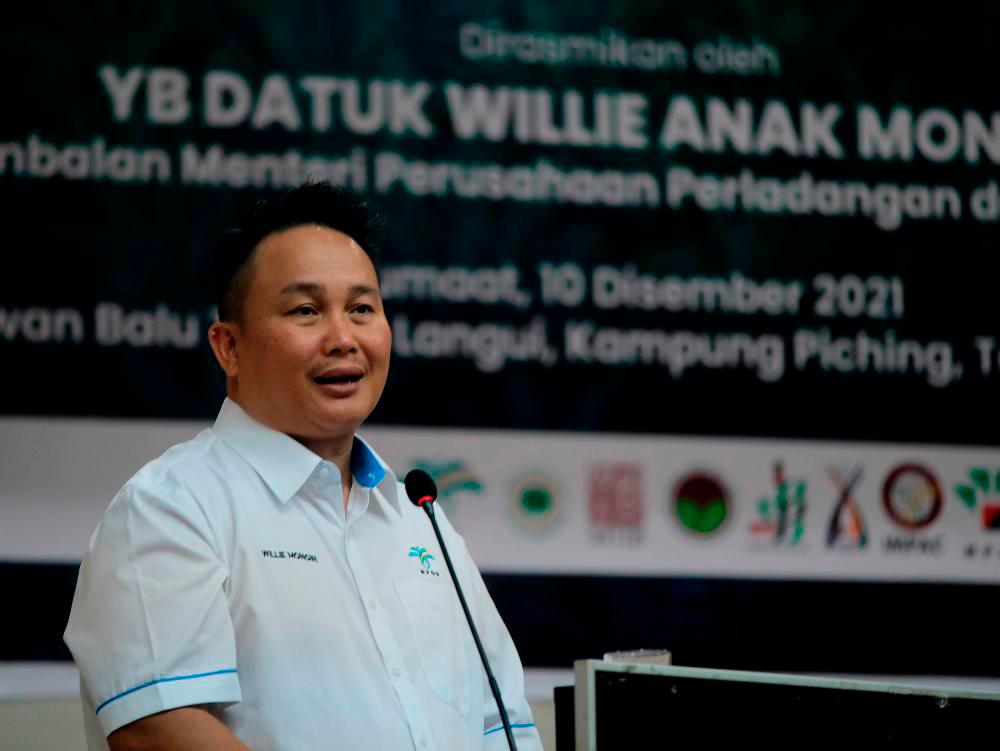 KUCHING: Puncak Borneo Member of Parliament Datuk Willie Mongin(pix) has said that his decision to join Parti Pesaka Bumiputera Bersatu (PBB) was made based on a collective opinion of voters in his constituency.

Expressing his gratitude to PBB for accepting him as the party member, Willie said he hoped for continuous support from voters in the Puncak Borneo parliamentary constituency.

“During (the change of) government in 2020, I put (up a posting) on my Facebook page to seek their (voters) opinion and ask them to call me personally. I consulted leaders in my constituency before I made a decision (to join Bersatu). Likewise, I will do the same before submitting my application (to join PBB).

“So I hope they will support me as I believe in collective decision. This decision is not made individually, but it is part of their (voters) wish and actually I am just fulfilling their wish like what have been discussed,” he told reporters when met here, today.

Willie, who is the Deputy Minister of Plantation Industries and Commodities had applied to join PBB earlier this year.

He won the Puncak Borneo seat in 2018 on a PKR ticket but was expelled by the party along with several other MPs from the party in 2020 who were aligned to its then deputy president, Datuk Seri Azmin Ali.

Meanwhile, asked on whether he would defend his Puncak Borneo seat in the next general election, Willie said he was leaving it to the wisdom of PBB president Tan Sri Abang Johari Tun Openg and the party’s leadership to decide.

The MP also promised to give his best to help build GPS and to disseminate messages and the party’s aspirations to the people as well as increase its membership. -Bernama