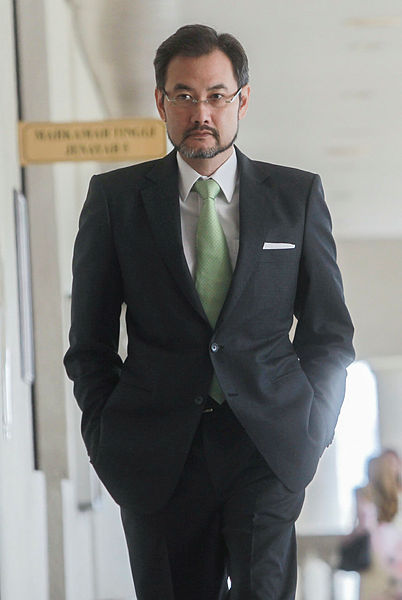 Datuk Shahrol Azral Ibrahim Halmi (pix), 49, also admitted that he signed the minutes of meeting as he believed Najib and fugitive businessman Low Teak Jho or Jho Low were working together towards the best interest of the country.

The witness said this when he was referred to the minutes of meeting dated March 30, 2011 by Najib’s lawyer Tan Sri Muhammad Shafee Abdullah during cross-examination.

The ninth prosecution witness said he was given the minutes by Jho Low, who told him that Najib had agreed to it and he should sign it too.

Muhammad Shafee : You have signed a document approving the minutes of meeting have taken place. And yet you said you signed it because Datuk Seri Najib signed it?

Shahrol Azral : I signed it on the basis that this is an instruction from Najib, therefore we must execute it ... and he (Najib) already signed it. At that time I still see Jho Low as very much representing the interest of the prime minister.

Muhammad Shafee : So Najib sat on his own and had a meeting by himself because you said you did not attend the meeting, and got this minutes done by somebody else. This is the best kind of silo. Almost like a psycho.

Shahrol Azhar : It is the kind of document that Jho Low and Datuk Seri Najib had agreed to and we had to execute it.

Muhammad Shafee : And you signed it and you must know what this meeting all about that made you signed?

Shahrol Azral : I signed it as I believe that Jho Low was working with Datuk Seri Najib.

Muhammad Shafee : Surely when you signed you must have to be careful. You did not sign rubbish. You were willing to put your signature under an untrue document.

Shahrol Azral : I was willing to sign it under the consideration that the ultimate power of 1MDB was with Najib.