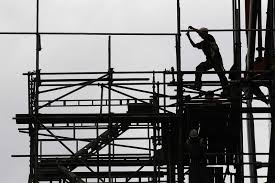 KUALA LUMPUR: The government wants to use Industrialised Building System (IBS) technology to meet its 100,000 affordable housing units a year target over the next 10 years. Digital IBS, that makes use of the Building Information Modelling (BIM) system, will speed up the completion of the prefabricated houses, as well as improve their quality.

However, Malaysia’s current capacity for the production of IBS components is far less than what builders will require in order to attain the target set by the government.

(Cream is the research and development arm of the Construction Industry Development Board Malaysia, a statutory body under the Ministry of Works.)

“This means they can only supply 25% of the components required under the government’s 100,000 affordable units a year plan,“ he told Bernama, adding that priority should be given to increasing the supply of IBS components to enable the government to meet its target.

Have to increase IBS output

In IBS, prefabricated components — that are manufactured off-site — are used for the construction process. Once the components are installed, there is little additional on-site work involved, resulting in faster completion times, greater productivity, less manpower requirement and lower overall construction costs. In fact, construction firms can save up to 45% in labour costs by using IBS; for example, if 40 workers are needed for a project using conventional building methods, only seven workers are required if IBS is used.

In Malaysia, IBS components are produced using the open system and closed system.

The open system entails the production of components such as precast concrete, steel frames, timber frames and blocks, as well as steel and wooden trusses for the roof and bathroom pods. Most of the players involved in this industry are small- and medium-sized enterprises.

The closed system involves the production of the complete range of IBS components and this industry is monopolised by several large manufacturers.

Currently, about 274 IBS component manufacturers and 26 IBS distributors are registered with the Construction Industry Development Board (CIDB) Malaysia, said Zuhairi.

“We’ve to step up efforts to increase the number of IBS component producers in this country. When we have more producers and distributors, the prices will become more competitive,“ he said.

It is cheaper to build a house using conventional methods — about RM70 per square foot against RM90 per sq ft using IBS technology. Nonetheless, for large-scale projects, the innovative construction method is more viable in view of the huge number of units built repetitively.

“IBS productivity is thrice that of conventional building methods. The yearly target of 100,000 affordable units certainly cannot be achieved if the houses are built in the conventional manner but through IBS it is possible,“ said Zuhairi.

According to Zuhairi, not many people venture into IBS component manufacturing on a large-scale basis because of the need for hefty capital outlays for the factory operations, purchase of equipment and machinery, and logistics.

Besides that, skilled and experienced workers would also have to be hired to operate the sophisticated machinery and equipment, he added.

He said importing IBS components from countries like China may resolve the shortfall faced by Malaysia and help to meet the demands of the affordable housing sector.

However, he pointed out, if the government were to choose the import option, it should ideally be tied in with transfer of technology which would benefit the nation over the long term.

“Any collaboration between the government and foreign IBS producers should take place in the form of joint ventures to facilitate the transfer of technology.

“If transfer of technology is not included, the deal will only help to meet our immediate needs (for IBS components) but it will be a great loss to our country (over the long term if we don’t learn the technology),“ he said.

IBS technology also has its drawbacks, one of which is the homeowner’s inability to carry out renovations as any alteration in the structure can weaken its beams.

Due to this factor, said Zuhairi, many prospective house buyers, particularly those intending to buy terraced units, tend to think twice before purchasing houses built using the IBS technology. Since condominiums and apartments face minimal renovations, they are not weighed down by the disadvantage.

To render IBS-built terraced houses more attractive to buyers, he urged architects to be more creative and flexible when designing the units.

Zuhairi, who has been involved in IBS research for almost 20 years, also felt that while small-scale housing developers would currently prefer to use the cheaper, conventional construction methods, they may have to migrate to IBS in four or five years’ time.

“In four or five years’ time when Malaysia has more IBS factories and it gets harder to secure cheap manpower, small-scale developers may migrate to IBS,“ he said.

The government too has been actively promoting the use of IBS for more than a decade now. In 2008, the Treasury issued a circular requiring all government construction projects valued at RM10 million and above to have at least 70% IBS content.

Currently. the usage of IBS stands at 78% in the public sector and 31% in the private sector.

In a bid to push up the IBS adoption rate to 50% in the private sector by 2020, the government announced in January 2018 that private developments valued at RM50 million and above would have to use IBS technology.

The use of IBS in the local construction industry can be traced back to the 1960s when the Pekeliling Flats in Kuala Lumpur and Rifle Range Flats in Penang were built using the technology.

IBS was developed by several European countries such as Denmark after the second world war to enable them to swiftly rebuild their devastated housing settlements.

Singapore, which started using the IBS technology widely during the 1980s, has now shifted to a more efficient construction technology known as Prefabricated Prefinished Volumetric Construction (PPVC), where free-standing three-dimensional (3D) modules — complete with internal finishes, fixtures and fittings — are built in an off-site fabrication facility before they are delivered and installed on-site.

Zuhairi said while PPVC may eventually arrive on Malaysian shores, it would, however, not be suitable for affordable housing projects due to the high costs involved.

“Nevertheless, the construction technology for affordable housing will improve ... we started with 2D IBS technology and this is set to develop further in line with Industrial Revolution 4.0, which will have an impact on our nation’s construction industry,“ he added. — Bernama