IGP: Best defence against scammers is to stay alert 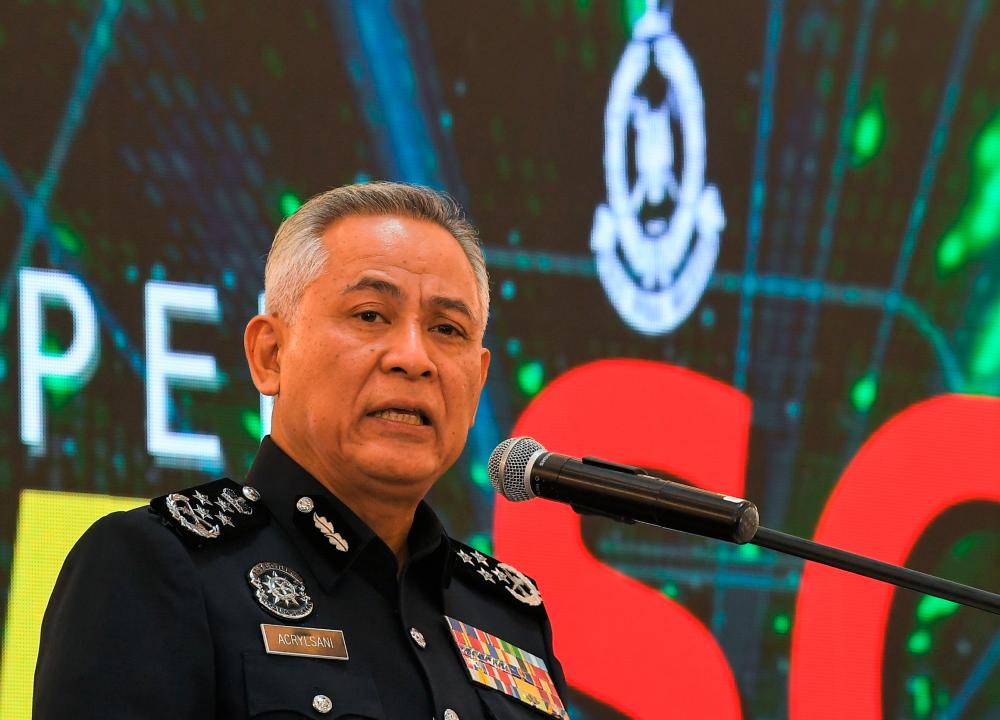 JOHOR BHARU : Being aware of the tactics used by scammers in duping their victims is among the main defences the public has to avoid being fleeced.

Inspector-General of Police Tan Sri Acryl Sani Abdullah Sani(pix) said today that scammers are getting sharper in their conversational skills and more sophisticated in the digital devices they use by the day.

He said as such, public awareness of the existence of scams, especially phone scams, was crucial to avoid falling victim.

“Out of the total, 68%, or 48,830, of the cases involved online scams. It’s a huge number and billions of ringgit were lost,“ he said after launching the Anti-Scam Campaign by police at the Mid-Valley Southkey mall here.

Acryl Sani said such campaigns have proven to be effective in lowering cases involving Macau scams, love scams and phone scams as it brought awareness to the public.

However, he said e-commerce scams have risen steeply.

As for action against scammers, he said 30% of the thousands of cases since 2020 were solved.

“We will continue launching this campaign in every state to update the public on the latest tactics used by scammers. We will also prepare a text for it to be included in the Friday prayer sermons and engage social media influencers to help with our campaign,“ he said. 4.Participation of housewives in SKSSR is voluntary: Socso