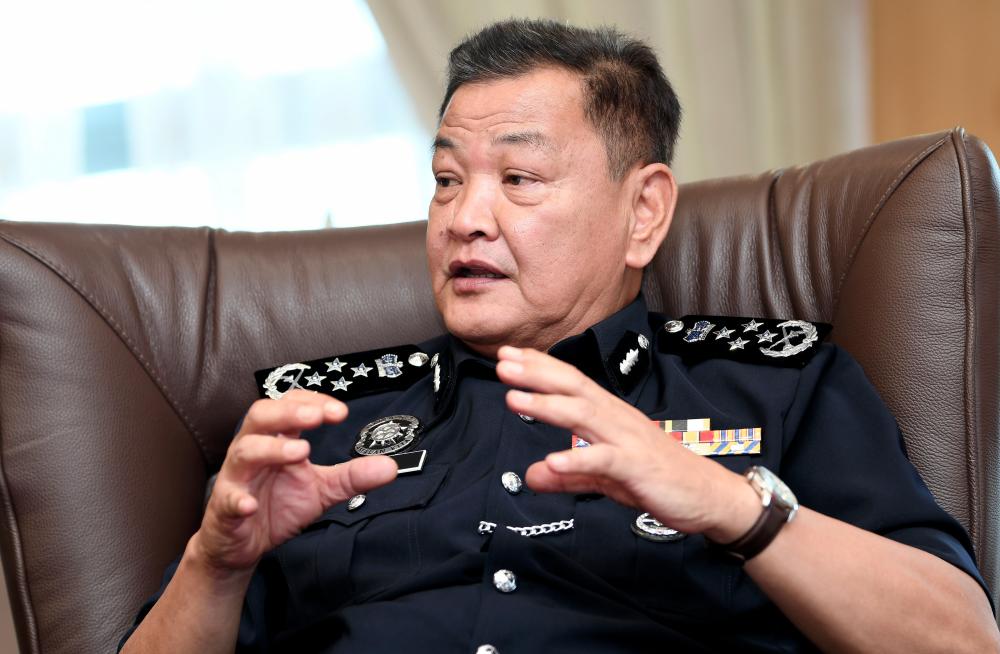 KUALA LUMPUR: Inspector-General of Police Datuk Seri Abdul Hamid Bador said his two-year contract to lead the police is sufficient for him to reform and bring about positive changes.

“I intend to utilise every minute to turn the police force into a very professional one that is respected by the people. I am optimistic I can achieve this. I am thankful to the government for giving me this golden opportunity to walk my talk.

“When I was serving as the deputy director of the Special Branch (in 2016) I was vocal in my concerns about the deteriorating conditions of the force and how critical it was to raise the level of integrity so the force can function at the highest standards,“ he told theSun in an exclusive interview on Tuesday.

He said that over the past year he had guided the Special Branch back to its core role of intelligence-gathering.

“On the first day I reported as Special Branch director, I told my officers they are all under my care and they should undertake their duties in accordance with the law and on my orders.”

On the forming of the Independent Police Complaints and Misconduct Commission (IPCMC), he said his personnel were no longer opposed to it after being educated on the commission’s role.

Abdul Hamid said apart from the IPCMC’s role in hearing cases of injustice faced by the public from the police, it also serves as an avenue to uphold justice for police personnel.

“It works both ways. It will be a channel where police personnel can voice out the inadequacies in logistics and other matters they face in their daily work routine. It will also help the country prosper as potential foreign investors often want a country with a good and workable criminal justice system.

“Now, I have to draw the attention of the government to the state of affairs in the police force which I must say is in quite a sorry state in terms of the morale of personnel and the assets we have. Patrols cars that break down, old ones that are expected to chase criminals. I also want to help the work force in terms of welfare and remuneration.

“The lower rank personnel especially need to have their pay scales revised. I understand the financial constraints faced by the government and I am not pressuring them but simply trying to invoke its sympathy towards the personnel because I know the facts.”