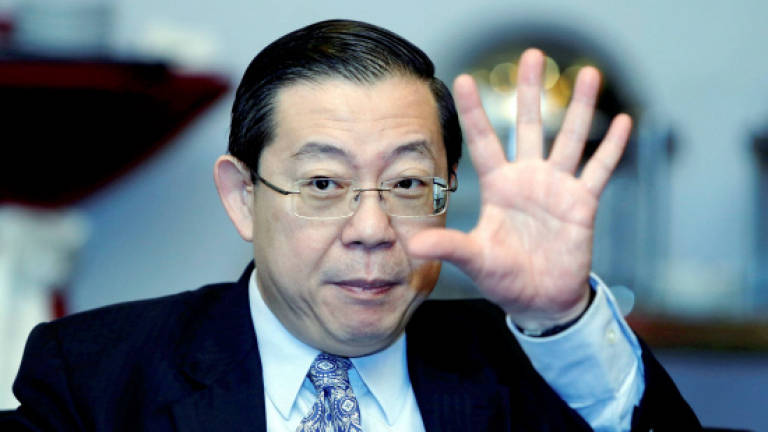 PETALING JAYA: Malaysia’s improved ranking in the World Bank’s Ease of Doing Business 2020 Report is proof of the government’s success in implementing institutional reforms, according to Lim Guan Eng.

The Finance Minister pointed out that the country’s score rose by 0.2 points for 2020, enabling it to climb three places to number 12 (from 15th the previous year), and is its best performance since 2015.

“The rise was contributed by regulatory reforms that made starting a business and dealing with construction permits easier,” he said in a statement today.

“Malaysia also became the fourth easiest place to do business in Asia after Singapore, Hong Kong and South Korea. This is an improvement from the previous year when Malaysia was ranked fifth,” he added.

Lim said Malaysia was also among the countries that saw the most improvement in the latest World Bank’s Worldwide Governance Indicators (WGI) for 2018, “thanks to wide-ranging institutional reforms carried out by this government.”

He noted that the country showed improvements in five of the six dimensions measured under the WGI, namely accountability, political stability, government effectiveness, rule of law and corruption, with only the score for regulatory quality remaining the same.

Lim said the improvements to both indicators would positively affect the sovereign credit ratings, which take into account factors such as fiscal and economic conditions, and the institutional quality of a country.

“Indeed, credit rating agencies use both the Ease of Doing Business and the WGI in ascertaining a country’s institutional quality, and therefore credit ratings.

“Malaysia’s positive performance in both indices will play a critical role in keeping our sovereign credit ratings high at A3 or A-,” he said.

Lim said this was the best rebuttal to critics who claim that the present government does not know to manage the economy or has increased government’s debts excessively.

“The government remains committed to implementing its institutional reforms, while supporting economic growth in line with the overall Shared Prosperity Vision 2030,” he added.

3.In escalation over submarine deal, France recalls envoys from US and Australia

5.US panel recommends Covid boosters for people 65 and older