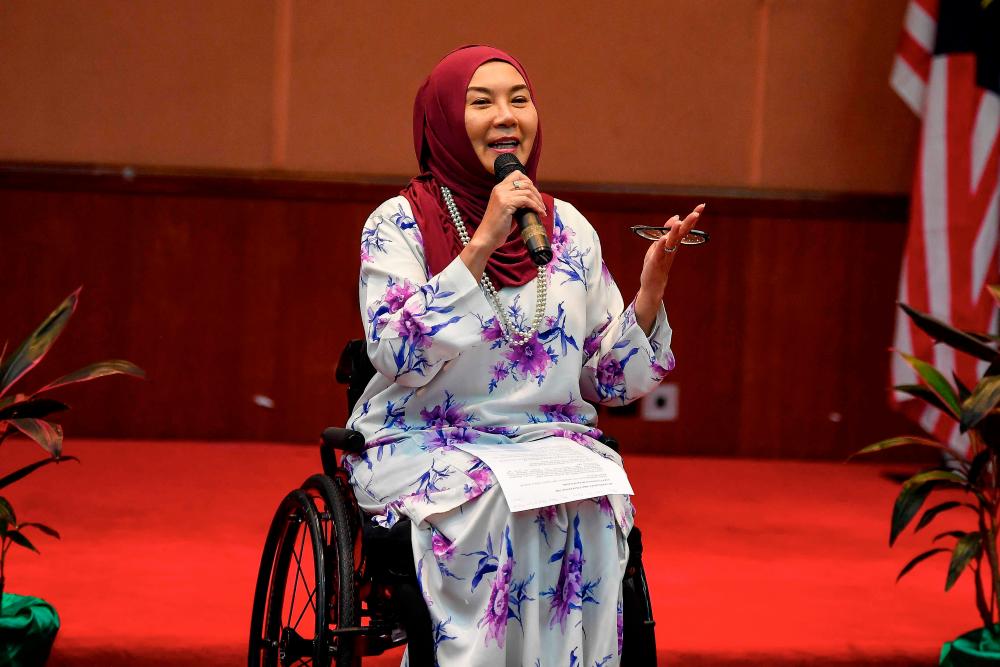 She said the addition is seen as being significant based on the needs of the PwDs in the country, with 600,000 of them registered with the Social Welfare Department.

“If we follow the World Health Organisation (WHO), a total of 15 per cent of a country’s population is categorised as PwD, so if we calculate according to our population, actually there are about 4.9 million PwDs in Malaysia, but only 600,000 people have registered.

“As such, many of them are in need of houses and that is why I am seeking the consideration of the Ministry of Housing and Local Government (KPKT) to increase the number (of houses for the PwDs),” she said after launching the Universiti Islam Antarabangsa Malaysia (UIAM) Kinabalu PwD Challenge 2022 programme here today.

She said this when commenting on a statement by Deputy Housing and Local Government Minister Datuk Seri Dr Ismail Abd Muttalib yesterday, who stated that a total of 982 out of the 98,196 units of PPR homes had been set aside for the ownership of PwDs, with 809 units (82 per cent) taken up and 173 units (18 per cent) remaining.

According to Ismail, the number of housing units allotted for the PwDs was in line with the ministry's policy which sets one per cent of all PPR units to be allocated to them.

Ras Adiba said that in addition to requesting state governments to provide low-cost houses for the PwDs, she also hoped that the local authorities could further strengthen facilities related to the PwDs in housing and surrounding areas.-Bernama