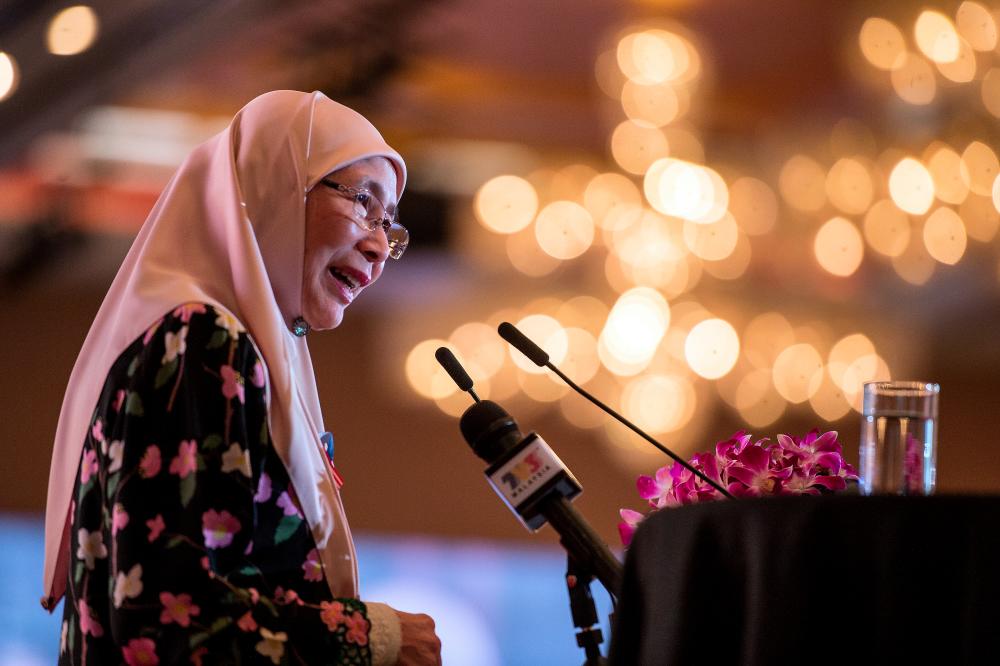 KUALA LUMPUR: The prevalence of heart disease among women in Malaysia has been slowly catching up over the years, from 20% in 2014 to 22% in 2017.

“Although the most common symptom is chest pain, it has been recognised that this can be presented in a slightly different manner for women, leading to late diagnosis and treatment.

“The usual chest pains associated with a heart attack such as pain in the centre of the chest and pain on the shoulder spreading towards the neck and heart may not usually occur for women who are experiencing a heart attack,“ she said in her speech at the official launch of MyStemi Foundation here today.

Dr Wan Azizah who is also the Women, Family and Community Development Minister, said when women have heart attacks, they were usually 10 years older than their male counterparts and less likely to be treated aggressively with Percutaneous Coronary Intervention (PCI).

PCI is a non-surgical method of a permanent placement of a small metal called a stent, to help widen the narrowed or blocked artery that supplies oxygen to the heart.

“Women who are victims of a heart attack are also more likely to develop complications and severe diseases.

“These gender differences have also been observed in other countries and to date, no one can identify the cause of these differences,“ she added.

She said heart disease has been the leading cause of death among Malaysian for 13 years, from 2005 to 2017.

“I am made to understand that in 2017, 13.9% of Malaysians died from heart disease with the majority of them being in their prime and living in urban areas,“ she said.

She said it is also alarming to see that people who suffer from heart disease in Malaysia were younger compared to neighbouring countries like Thailand and Singapore.

Dr Wan Azizah said by 2040, it was estimated that the population of Malaysians aged 65 and above will exceed six million, making up a total of 14.5% of the population.

This hints the future burden of coronary heart disease in Malaysia, she said.

Meanwhile, Dr Wan Azizah hoped that many organisations and individuals would lend their support to the MyStemi Foundation, which aimed to generate extra funds to support more heart attack patients receive the best possible treatment. — Bernama