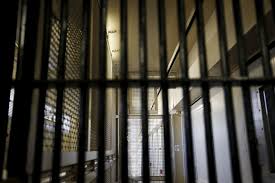 BUTTERWORTH: An Indonesian man was charged at the magistrate’s court here today for murdering a woman at a factory near here two weeks ago.

However, no confession was recorded after the charge was read out to Jonathan Sihotang, 31, by a court interpreter before Magistrate M. Kalaiarasi.

Jonathan, who was represented by lawyer Ooi Pen Lin, was charged with murdering Sia Seok Nee, 44, at a factory in Kampung Selamat, Tasek Gelugor near here at 4pm, on Dec 19, and the offence was framed under Section 302 of the Penal Code which carries a mandatory death sentence upon conviction.

Meanwhile, in the same court, Jonathan, who worked at the factory, pleaded not guilty to two counts of voluntary causing grievous hurt to two teenage boys at the same place, time and date.

He was allegedly caused severe injuries to both boys, aged 14 and 17, using a machete, at the same place, time and date.

For both counts, Jonathan was charged under Section 326 of the Penal Code which provides a jail term of up to 20 years and a fine or whipping, upon conviction.

Deputy public prosecutor Aisyah Al Humayrah Kamaruzaman prosecuted in all three cases while the accused was not represented on two counts of causing injuries to the teenagers.

The court then set Feb 1 for mention of all the charges.

In the incident, the victim, Sia, died while receiving treatment at the Kepala Batas Hospital while two injured boys were in critical condition after being attacked by a machete-wielding man. — Bernama