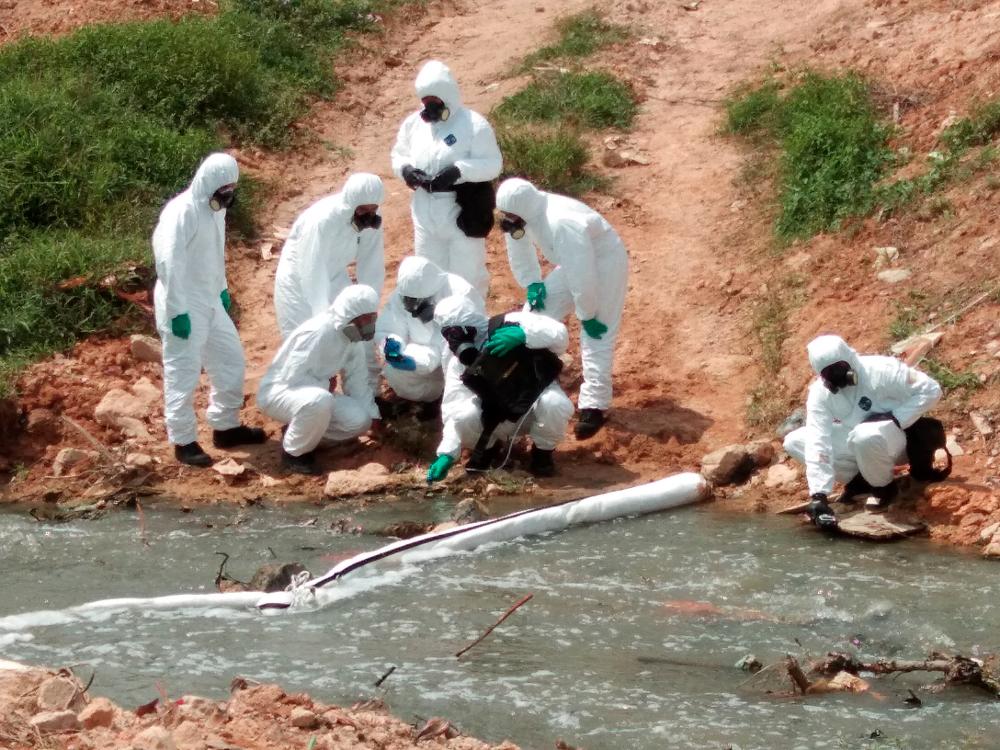 KUALA LUMPUR: The government is conducting a thorough inspection of all chemical plants in and around Pasir Gudang in response to the chemical dumping incident there.

“The investigating offices are from various states,“ she told the Dewan Rakyat today.

Isnaraissah said the police had also set up blockades in the affected areas to prevent any illegal movements of solid wastes.

Four contractors have also be appointed carry out clean-up work in Sungai Kim Kim, where the chemical waste was dumped.

Of those, 1,171 received outpatient treatment.

Dzulkefly said 397 were warded and among them, 13 were admitted to the intensive care unit.

“Two are in the high-dependency unit and 382 are in the normal wards,“ he added.

He said of those who were warded, 70 had been discharged.

The fumes have not resulted in any death.

He advised people in Pasir Gudang to avoid the affected areas.

They should avoid touching contaminated items and anyone who shows symptoms such as vomiting, breathing difficulties or sore eyes should see the doctor immediately.