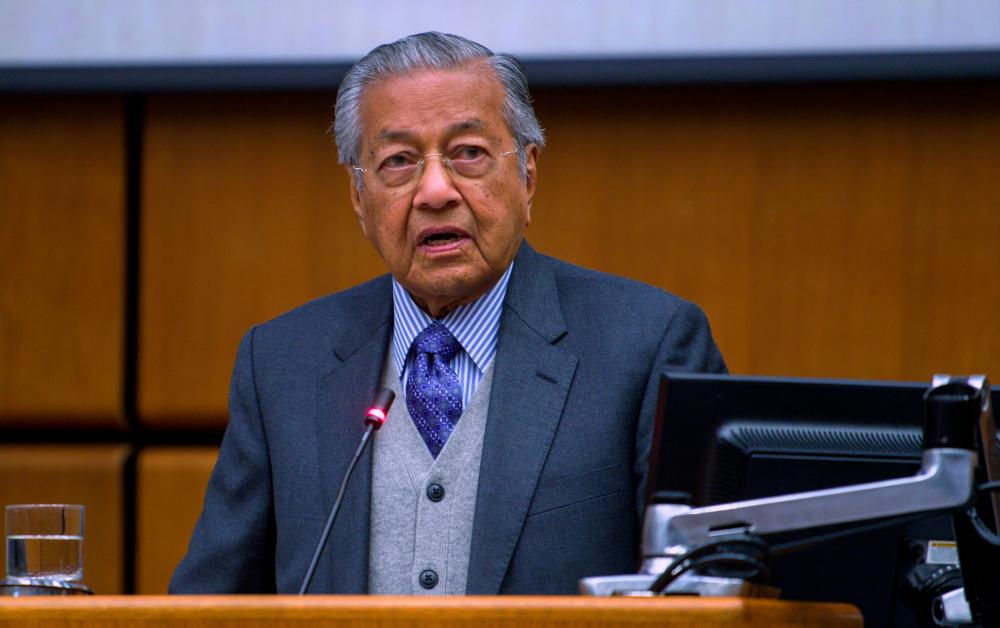 VIENNA: Tun Dr Mahathir Mohamad said international cooperation is vital in combating corruption and crimes due porous borders where money can be easily moved from one country to another.

The Malaysian Prime Minister said Malaysia experienced this when funds were transferred from 1Malaysia Development Fund (1MDB) and laundered in the United States.

“We believe the IAACA is very important, because borders are now very porous. International cooperation also helps in reducing crimes,“ he said in his keynote address at the 10th Annual General Assembly of the International Association of Anti-Corruption Authorities (IAACA) here today.

In his 40-minute speech, Mahathir said there were poor countries that could not become rich and develop accordingly because of corruption.

The prime minister said it was necessary that countries fight graft and make sure that their leaders were not corrupt.

Mahathir said Malaysia was relatively free of corruption in its first 45 years after independence but became highly corrupt in the last 15 years.

The Emir had said the Qatar would start the ball rolling with a contribution of 1 million Qatari Riyal (RM1.14 million). The fund is to assist anti-graft officers who face grave risks in the line of duty.

The IAACA was formed in 2006 to promote the effective implementation of the UN Convention Against Corruption to which Malaysia is a signatory. Malaysia was among the earliest to join the IAACA, which now has a membership of 140 countries.