Internet still not available to many

Government should make it a priority to provide affordable digital accessibility to remote and rural areas, say experts 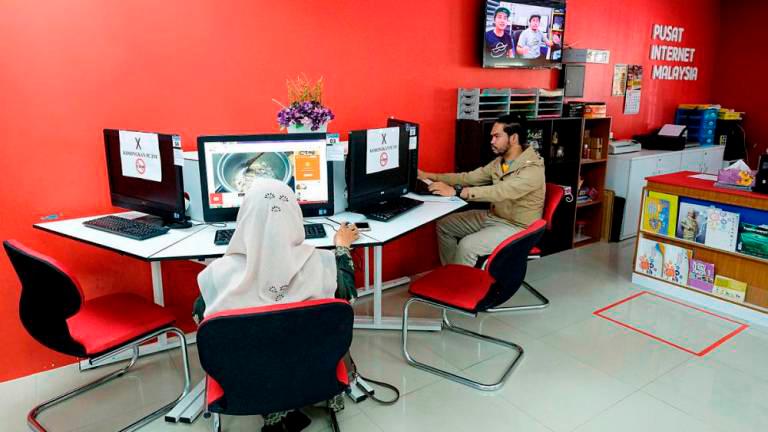 Affordable digital accessibility should be available at remote and rural areas.

The point was made clear as far back as 2011 by the United Nations, but until today, access to the digital world is still confined only to those lucky enough to be living largely in urban areas, and have the money for costly devices.

In Malaysia, remote areas such as the interiors of Sabah and Sarawak, are still very far behind on the road to adequate internet accessibility.

This is a deficiency that has to be addressed quickly, considering that everyday life is now almost totally dependent on the internet, according to Federation of Malaysian Consumers Associations (Fomca) chief executive officer Datuk Dr Paul Selvaraj.

“Without the internet, people’s access to many needs such as education is hampered,” he said.

Selvaraj said access to the internet has never been more crucial than now given the restrictions on normal life brought about by the Covid-19 pandemic.

“Schools are closed, and classrooms are now in the digital realm. Serious efforts must be expended on ensuring that the internet is accessible to everyone and not just those in the middle to upper class,” he told theSun.

He also pointed out that apart from accessibility, the service also has to be affordable.

This should be a priority not just for the government but for service providers as well, he added.

He noted that almost 35% of the population still do not have access to steady internet service, especially in rural areas, either because of poor coverage or because the people just cannot afford it.

The Malaysian Internet Exchange (MyIX) estimated that more than 70% of middle class families in the Klang Valley are now connected to the internet, thanks to easy accessibility. However, the coverage is not always at its best.

“Most times, you have access but the quality is not good and that is of no use. We should have wide coverage as well as quality service,” MyIX chairman Chiew Kok Hin said.

He noted that the new norm has increased the usage of internet services, given that most people are now encouraged, even forced, to work from home.

Chiew said internet usage has now reached about 588Gbps at its peak, compared with about 500Gbps before the movement control order was imposed in March to address the pandemic.

“That is a massive uptake and congestion issues are bound to happen. To their credit, industry players very quickly upgraded their network and eased the congestion. Work, entertainment and e-commerce related activity top the usage at the moment.”

In addition, he said instead of directly coming out with more internet packages, broadband companies should work with the government agencies that take care of the B40 community and make it a part of an effort to uplift them.

“Affordability and access to the internet is of utmost importance, especially to the B40 group,” he said. 4.Over 700 flood victims in Johor, Sabah remain in relief centres