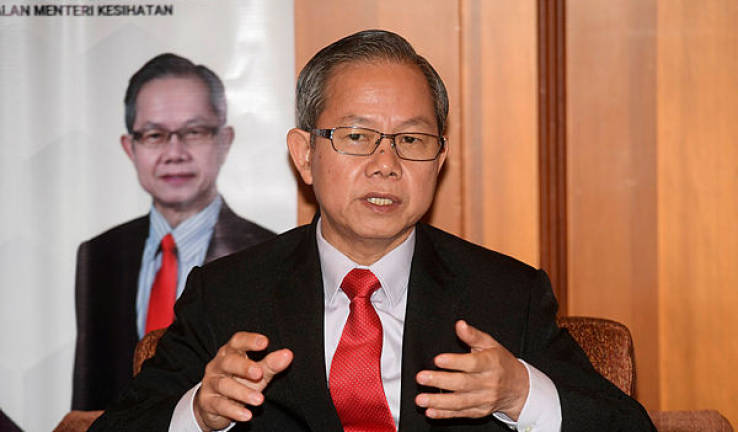 PETALING JAYA: Even if the movement control order (MCO) is lifted before the Hari Raya festive season, the government must put in place measures to ensure the Covid-19 virus does not spread beyond control during this period.

This include limiting gatherings to only a small group of people, and only allowing travel within one’s own state.

Former deputy health minister Dr Lee Boon Chye (pix), however, said this would depend on the effectiveness of the MCO being imposed currently, as failure to properly contain the virus could cause a rebound in cases during the festive season.

“If the government is able to round up all the positive cases and contain the virus, then theoretically there is no virus in the community. But they still need to impose standard guidelines and rules.

“For one, inter-state travel should be prohibited. And while they can allow a bit more movement, not more than 10 people should be allowed to gather at the same place at any one time.

“But all of these are provided that the Covid-19 situation is under control then,” he told theSun today in response to suggestions by several quarters to extend the MCO beyond Hari Raya, which is expected to fall on May 24.

Lee said preferably the MCO should be extended beyond the festive period to limit movement and minimise the possibility of any new outbreak or cluster in the country.

“We need to learn from (the actions taken in) Wuhan, China during the Chinese New Year period,” he said.

On Jan 23, just days before the celebration, the Chinese government imposed a lockdown in Wuhan, the epicentre of the Covid-19 pandemic, and cancelled all mass Lunar New Year celebrations in an effort to stop the spread of the virus.

A research by journal Science later found that the lockdown might have prevented 744,000 cases in the rest of the country by mid-February.

Lee also urged the government to provide a roadmap to explain under what circumstances would the MCO be relaxed or lifted, either based on the number of cases or infectivity level.

“They need to share some indicators. They must let us know so we can expect what to happen. In the meantime, during this MCO, they need to ramp up testings and contract tracings,” he said.

Malaysian Medical Association (MMA) president Dr N. Ganabaskaran, however, said the immediate priority should be for the government to focus on the current MCO (which ends on April 28) and ensure the virus is contained.

“Why worry (about the Raya period) when we should be worrying about the next two weeks?” he told theSun.

“For instance, the sectors that are being allowed to operate under controlled conditions should be monitored closely to ensure all procedures are being adhered to.

“So I don’t think it’s appropriate to comment about the future. Once this two weeks are over, the government will surely reassess the situation,” he said.

3.MACC confirms arrest of three of its senior officers over alleged abuse of power, misconduct