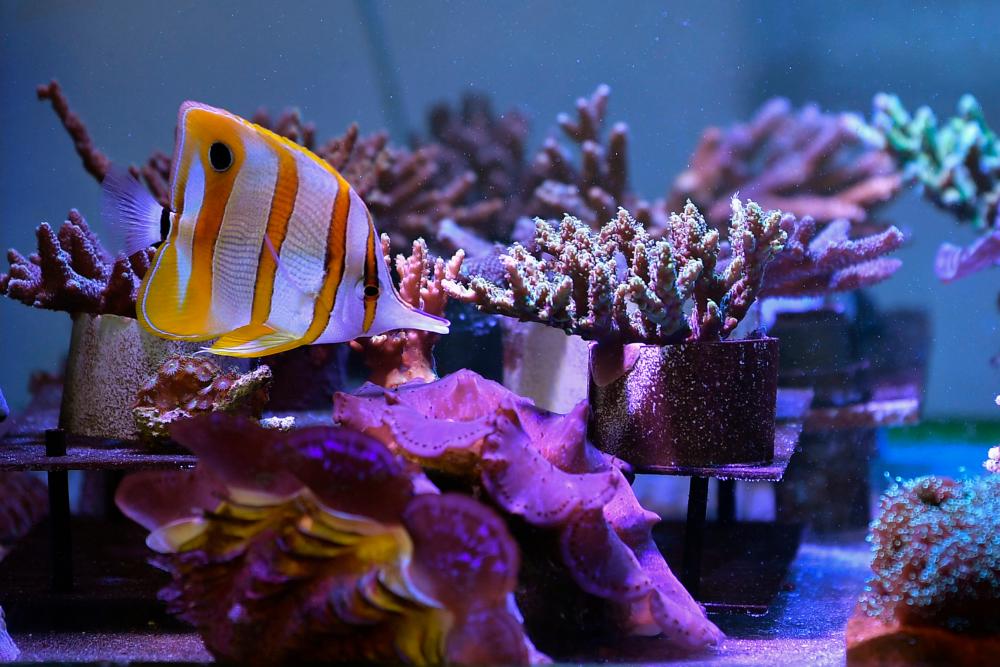 KUALA NERUS: The Terengganu government has been urged to implement a special system to create several categories of zones to protect the coral reef ecosystems found in the state's waters.

“We at UMT are ready to share our expertise to make this a reality. This is one of the initial steps that can be taken by the state government in protecting coral reefs that are currently facing threats to their survival.

“The different zoning systems such as having special areas designated for scuba diving and snorkeling, scientific research, aquatic farming activities and exclusive sites closed to all parties, could help this conservation effort in the long run,“ he said.

Australia has adopted this zoning system at the Great Barrier Reef, the largest coral reef system in the world, and the move taken by the country has created a positive conservation impact.

Even though this method has not been adopted in Malaysia, it is not too late for the government to initiate it because the rate at which coral reefs are dying nowadays, at five per cent a year, is quite alarming.

He said one of the main factors of coral reef destruction was global warming, but this can be controlled by humans by reducing carbon dioxide emissions or choosing green and environmentally friendly sources of energy.

“In addition, seawater pollution due to increased nutrients such as untreated wastewater, agricultural and industrial chemical waste and garbage, also contribute to global warming.

“The authorities need to take strict measures to control these, not only for the sake of the coral reefs, but also for environmental sustainability in general.

“As such, this zoning system is important so that conservation programmes to regrow corals can be carried out in the designated areas ... where the coral reefs have been damaged, the sites must be closed to allow them to recover naturally,“ he said.

Currently, there are almost 550 species of coral reefs in the country's waters and UMT is actively conducting several studies related to their reproductive system and growth of coral reefs as well as collecting data on the record of their existence nationwide.

He added that since the reopening of the tourism sector in Terengganu on Sept 1, the resort islands have come alive again with the presence of visitors.

“If the zoning system is in place, enforcement monitoring can be much easier as the exclusive zones will not be ‘disturbed’ by visitors. This can reduce the risk of unintended coral reef damage caused by tourists who may accidentally step on them or by movements that could cause the reef structure to break.

“Therefore, while the zoning system is still not implemented, tour operators at every island need to take responsibility to remind tourists to be careful when snorkeling and scuba diving, to minimise damage,“ he added. -Bernama