Investors can use Malaysia to tap Asean market: Azmin 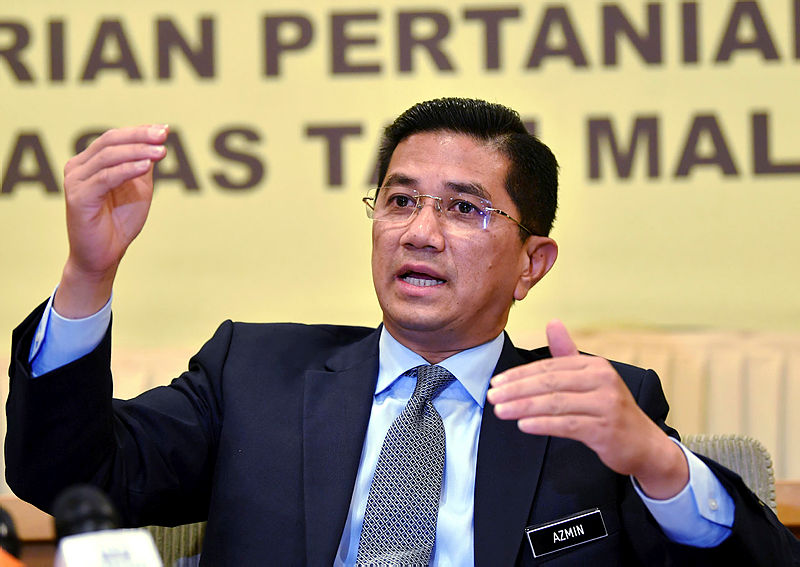 KUALA LUMPUR: Malaysia should take the opportunity to convince foreign investors to use the country as a base to penetrate the Asean market, says Economic Affairs Minister Datuk Seri Mohamed Azmin Ali (pix).

He said Asean, with a population of nearly 650 million, is one of the largest markets.

“Many large companies are looking for a location in the region to move to, and Malaysia has good investment opportunities,” he said when met by reporters at a breaking of fast event organised by the Rubber Industry Smallholders Development Authority (Risda) yesterday.

He was asked to comment on reports saying that Malaysia’s economic growth is expected to moderate in the first quarter as growth in global consumption and demand slows down due to the US-China trade war.

Economists polled by Reuters had reportedly projected the economy to expand at a median rate of 4.3% in January-March, down from the 4.7% recorded in the fourth quarter.

On the plea by Felcra Bhd (Felcra) settlers to the government to inject funds worth RM930 million to help alleviate their woes, Azmin said the government will look into the country’s financial capacity before making any decision.

He said he had received an official request from the Felcra management and submitted it to the Finance Ministry for consideration.

“This is all a legacy problem that the government has to bear, but we should accept the fact that the country’s financial situation is in bad shape. However, the government will find a way to assist Felcra settlers,” he said.

Media reports say many Felcra settlers are struggling, with some living without electricity and running water because they have been unable to pay their utility bills. — Bernama Gabriel goal at Chelsea sends Arsenal back to the top