Is Sungai Batang Kali doomed to turn into a ‘dead river’? 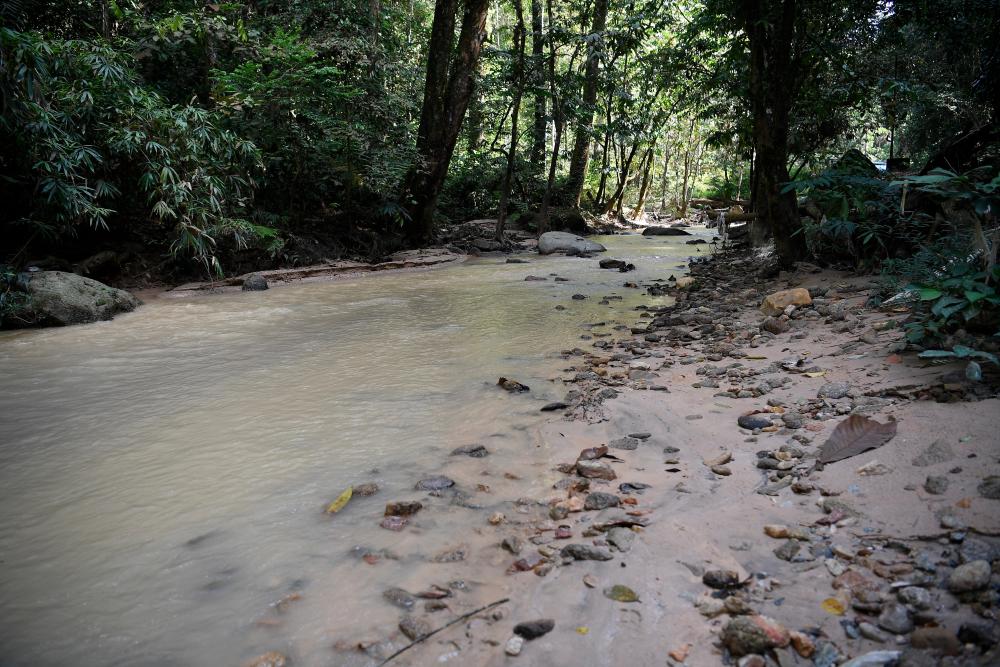 Pix for representational purposes only- BERNAMApix

BATANG KALI: Five years ago, Sungai Batang Kali had crystal-clear water and was a sanctuary for freshwater fish such as mahseer and ikan tengas, sebarau and baung.

In recent years, however, its water has been getting murkier due to pollutants discharged into the river via human activities, forcing the authorities to classify Sungai Batang Kali as a Class 2 river.

Obviously, its ecosystem has been impacted too and the fish species that used to thrive in the river have become scanty.

Certain parts of the 20-kilometre-long river – a major tributary of Sungai Selangor that flows down from the foothills of Genting Highlands before joining the main river in Hulu Yam Lama in Hulu Selangor district – are popular weekend recreational spots for the people, thus rendering it even more vulnerable to pollution which can worsen if the authorities fail to carry out efforts to restore and conserve the river.

Residents living nearby claim that the pollution is caused mainly by a red tilapia fish rearing farm located in the downstream portion of the river, as well as projects currently under development in the upstream area.

In fact, the Orang Asli communities from the Temuan clan living in nearby settlements have also lamented the deteriorating water quality and said they are finding it difficult to depend on Sungai Batang Kali as a source of livelihood.

Lee bin Ropah, 42, who lives in Kampung Orang Asli Songkok – situated near the upstream portion of Sungai Batang Kali and about two kilometres from Batang Kali town – claimed that the red tilapia fish farm, as well as the clearing of land for musang king durian plantations and building of luxury chalets, are the culprits behind the river’s pollution.

“Sungai Batang Kali’s water used to be very clear and we used to catch a lot of fish from the river. There are few fish left now because the water is so dirty. There was once when I put out my net all day but didn’t catch a single fish,” he told Bernama, adding that even if he is able to catch some fish, they would smell strongly of the effluents discharged by the fish farm which started its operations 12 years ago.

Standing about 30 metres from the bank of Sungai Batang Kali, the Bernama team noticed a stark difference in the water quality of both rivers. Sungai Tamu’s water was so clear one could see its sandy riverbed. Sungai Batang Kali’s water, on the other hand, was opaque and turbid.

“In the past, Sungai Batang Kali’s water was clearer than Sungai Tamu’s, so you can imagine how clean it used to be. Those days it would take only one hour for the river water to clear up after rainfall but now due to the project developments and fish rearing activities, it would take four to seven hours for the water to clear up.

“Even then, the water is not as clear as it used to be because it is already polluted. We have been suffering for a long time and really hope the authorities will monitor this river and do something about the pollution,” he said.

Syawal Idris, 32, who lives in Kampung Kuantan, also hoped that the authorities concerned would take heed of the area’s unsustainable developmental activities to prevent Sungai Batang Kali from turning into a dead river.

“I’ve been living here since I was born and have seen the change in the river’s water quality. In the past, we villagers would always bathe and wash our clothes in the river and even gargle the water but we don’t do it anymore because the water is so dirty,” he said.

Until recently, the upper part of Sungai Batang Kali in Genting Highlands was far less murky than its downstream portion. However, these days the upstream area is also showing signs of pollution which locals attribute to soil erosion caused by the ongoing development of a luxury chalet project and an agricultural project.

Nor Nabila Rosli, 26, who runs Rosyabillah Chalet located at Jalan Lama, Batang Kali – which is among the first few chalets to be built in the river’s upstream area – said many of her guests have complained that the river water’s turbidity has increased compared to two years ago.

According to Datuk Rosli Mohamed Khamis, who is a representative of the Batang Kali Orang Asli community, the authorities concerned have not been monitoring the projects that have emerged in the vicinity of the river.

Pointing to the red tilapia fish farm, he said the operators have, over the last 12 years, been discharging water from their ponds into the river after harvesting the fish as they do not have any temporary pond or plant to treat the water before releasing it into the river.

“This is an environmental issue. Why is no one monitoring?” he asked.

Rosli also pointed to the luxury chalet project and an agricultural project being developed by a large company on land situated along the upper reaches of Sungai Batang Kali which, he said, have led to the occurrence of soil erosion.

A drone recording, made available to Bernama, showed that at least six hectares of forest land stretching to the river reserve have been cleared for the luxury chalet project. Part of the riverbank has also been cemented to beautify the landscape.

More shockingly, the recording also showed workers using machinery to lift huge boulders – that serve as a natural buffer during heavy downpours – from the river to the riverbank.

“Just because it is their land doesn’t mean that the developers can do what they want, to the extent of destroying river reserve land which according to the law cannot be cleared unnecessarily,” Rosli said.

He also said that he and a few others who operate chalets on a small scale in the area have complained to the authorities about the unsustainable practices of the red tilapia farm operator and the developers of the ongoing projects but so far no action has been taken.

“With regard to the luxury chalet project, who gave the developer permission to remove the boulders from the depths of the river and to clear the land up to the river reserve and put concrete on the riverbank? As far as I know, a project has to be approved first (before it’s implemented) and it’s not that easy to get the approval of the departments concerned,” he added.

He agreed that unrestrained land exploitation and the discharge of effluents into Sungai Batang Kali have led to the downstream portion of the river growing so polluted that the water can no longer be used by the local communities.

“The landowners concerned should be more responsible where environmental matters are concerned and ensure that they comply with the guidelines set by DID (Department of Irrigation and Drainage) and Land and Mines Office.

“Carrying out development up to the river reserve is an offence that cannot be compromised by paying a minimum fine as the damage has already occurred,” he said.

The removal of the boulders from the river can have a disastrous effect on the surrounding ecosystem because, without the natural buffer, the river water will flow more swiftly and dangerously after heavy rainfall, he said.

“It’s important for rivers to have boulders because they encourage fish to breed in the crevices of the rocks. When the water flow becomes swifter it will affect the breeding process,” he added.

Damien also said that erosion can still occur at the riverbank even though it has been cemented. This is because the water in the river flows 24 hours without stopping, thus giving rise to the risk of sedimentation and the riverbank collapsing.

Furthermore, as he pointed out, Sungai Batang Kali is a fast-flowing river and the concrete structure will only be able to “survive” for a certain period, so it is still at risk of being eroded little by little.

He also said the Selangor state government should review the ownership of land in ecologically sensitive zones such as the area where Sungai Batang Kali flows.

“This river begins at the foothills of Genting Highlands, which is a water catchment area. The natural equatorial rainforest there generates clouds that produce rain that irrigates rivers such as Sungai Batang Kali.

“If the forests in such areas are cleared for logging, plantation or development activities, it can lead to disasters such as landslides, headwater phenomenon and mud floods. Rivers will also become shallower or, worse still, dry up,” he added.-Bernama