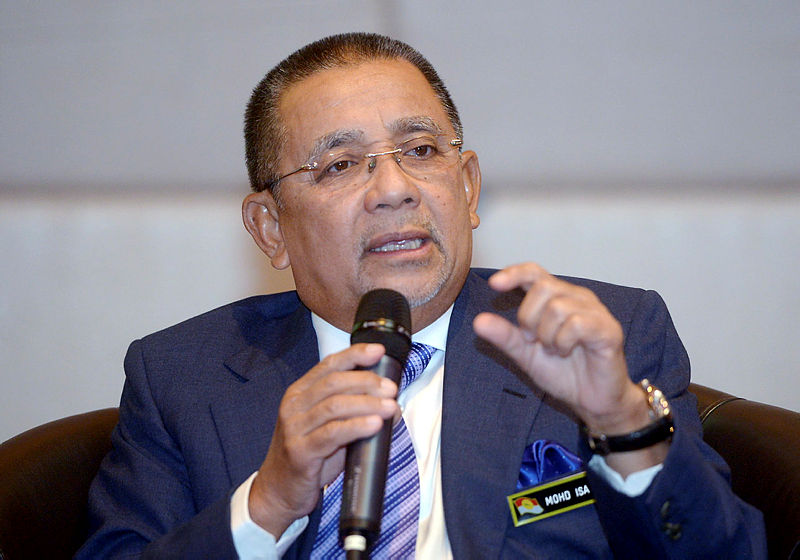 A former member of GAPSB’s board of directors (BOD), Ikhwan Zaidel, 59, said while reading out his witness statement that Mohd Isa asked for the RM3 million through his (Mohd Isa’s) special officer Muhammad Zahid Md Arif.

“Zahid noted to me that Tan Sri being a politician needed funds for his political work. When he mentioned ‘Tan Sri’, I understood it to be Tan Sri Isa as Zahid Md Arif is his special officer,” said the 16th witness in Mohd Isa’s criminal breach of trust (CBT) and corruption trial.

According to the witness, Muhammad Zahid did not state the amount needed by Mohd Isa but said he would contact him on feedback for the request.

Ikhwan said he had no choice but to oblige.

“We were worried about Tan Sri Isa’s decision and influence should we not fulfil his request, the possibility that he would delay the payment to GAPSB or cancel the MPHS transaction because previously Felda Investment Corporations Sdn Bhd (FICSB) rejected the proposal to procure MPHS.

“So after taking into account the RM160 million purchase price of MPHS and minimum price of RM150 million consented to by the GAPSB BOD, we agreed to acknowledge Tan Sri Isa’s request, as delivered to Zahid, through paying RM10 million to JV Evolution Sdn Bhd (GAPSB’ property agent),” he said.

Ikhwan testified that sometime in June 2014, before GAPSB and FICSB signed the sale and purchase agreement, he contacted Muhammad Zahid by phone to say he and another member of GAPSB’s BOD Ibrahim Baki had no choice but to agree to Mohd Isa’s request.

“I then met with Muhammad Zahid to tell him that Ibrahim Baki and I could only agree to give RM3 million for the political fund he mentioned.

“The RM3 million to Tan Sri Isa through Muhammad Zahid was not relayed to the GAPSB board of directors and only I and Ibrahim Baki know about it. Muhammad Zahid agreed with the amount that I quoted to him.

“However, I did not hand any cash to him. I also said the payment to Tan Sri Isa would be made through him (Muhammad Zahid) when FICSB had disbursed the amount to GAPSB after the purchase,“ he said.

Ikhwan said in early July 2014, Muhammad Zahid contacted him and requested for an advance of RM100,000 for Mohd Isa.

“I agreed with the request. At that time, GAPSB had not yet received any payment from FICSB, and GAPSB had not paid the RM1 million commission to JVESB. I told Muhammad Zahid I would endeavour to get the funds,” he said.

Mohd Isa, 70, is facing one charge of CBT and nine counts of corruptly receiving more than RM3 million at Menara Felda, Platinum Park, Persiaran KLCC between April 29, 2014 and Dec 11, 2015.